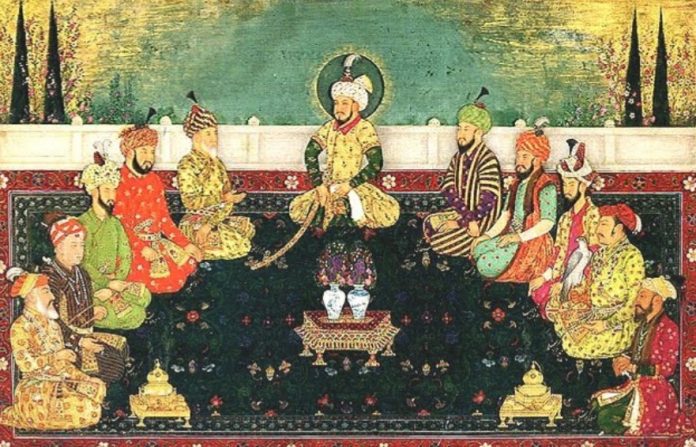 New Delhi: In its most recent review of school textbooks, the National Council of Educational Research and Training (NCERT) eliminated passages that challenged common misconceptions about Muslims, mentioned Jawaharlal Nehru and some Mughal rulers, and dealt with caste and religious prejudices.

Academics and human rights advocates have accused the textbook preparation body of adhering to the ideology of the ruling party as a result of the removals.

The NCERT did not identify the experts, but described the activity on its website as a rationalisation of textbook material by a group of specialists.

The review compromised academic integrity, according to Anita Rampal, chair of the NCERT’s primary school textbook development committee, because information was changed without the original advisers and writers’ consent.

“It amounts to distortion of content. The names of the writers still go with the books. The NCERT should have consulted the chairpersons while changing the existing books,” Rampal, former dean of the faculty of education, Delhi University, said.

According to The Telegraph, a few paragraphs on Prophet Muhammed were cut from the book’s chapter on new empires and kingdoms. One of the omitted clauses was this one:  “Like Christianity, Islam was a religion that laid stress on the equality and unity of all before Allah.”

For example, in the book Social and Political Life-I for Class VI, there was a paragraph that has been deleted that reads: “A common stereotype about some Muslims is that they are not interested in educating girls and therefore do not send girls to school. However, studies have now shown that poverty amongst Muslims is an important reason why Muslim girls do not attend school or drop out from (sic) school after a few years.”

Further  a paragraph removed  from the chapter “Diversity and discrimination” in the same book outlined how people engaged in work such as cleaning, washing, cutting hair and picking garbage are seen as dirty and “impure”.

“Caste rules were set which did not allow the so-called ‘untouchables’ to take on work, other than what they were meant to do,” the deleted paragraph said.

“For example, some groups were forced to pick garbage and remove dead animals from the village. But they were not allowed to enter the homes of the upper castes or take water from the village well or even enter temples. Their children could not sit next to children from other castes in schools. Thus upper castes acted in ways which did not give the so-called untouchables the same rights as they enjoyed.”

The chapter “Key elements of a democratic government,” which discussed citizen engagement, dispute resolution, equality, and justice, is another victim in the same book.

The first chapter of the Social and Political Life-II textbook for Class VII is titled “Equality in Indian democracy.” Kanta, a domestic helper, Omprakash Valmiki, a Dalit writer, and the Ansari family, who each encountered discrimination due to their various levels of poverty, caste, and religion, were introduced in the previous edition. These characters are no longer in the revised edition.

The National Confederation of Dalit and Adivasi Organizations chair, Ashok Bharti, told the Telegraph that members of the NCERT review group seemed to harbour remorse about historical truths.

“Instead of addressing their guilt, they are removing the instances of casteism, thereby trying to hide their paap (sin),” Bharti said.

“Historical truth should not be tampered with. There are innumerable books that state these inconvenient truths. These attempts (deletion of textbook content) will not hide inhuman deeds and historical facts.”

Bharti alleged that the deletions had been carried out on ideological lines and at the instance of the government.

Rampal echoed the charge. “Textbooks are developed with care to ensure the concept is explained well through examples and anecdotes. You cannot drop a line from here or a paragraph from there just because they don’t fit into your ideological perspective,” she said.

“A review can be done in a pedagogical way. But you are doing it pointedly. You are giving an idea to children that one can throw in or throw out any sentence or paragraph from a textbook. This creates anxiety and deep distrust among the learners and teachers towards textbooks.”

She added: “Academic ethics and transparency demand that the NCERT reveal the names of the experts who made these changes.”

The chapter “Ashoka, the emperor who gave up war” in the book Our Pasts-II for Class VI carries a box (inset) on Ashoka’ message, from which a reference to Nehru has been erased.

The deleted line went: “Pandit Jawaharlal Nehru, the first Prime Minister of India, wrote: ‘His edicts (instructions) still speak to us in a language we can understand and we can still learn much from them’.”

A box has been dropped from the chapter “Confronting marginalisation” in the book Social and Political Life-III for Class VIII.

The box said: “The term Dalit which means ‘broken’ is used deliberately and actively by groups to highlight the centuries of discrimination they have experienced within the caste system.”

The chapter Weavers, iron smelters and factory owners, on crafts and industries under British rule, has been dropped from the book Our Pasts-III for Class VIII.

“Weavers often belonged to communities that specialised in weaving. Their skills were passed on from one generation to the next. The tanti weavers of Bengal, the julahas or momin weavers of north India, sale and kaikollar and devangs of South India are some of the communities famous for weaving,” a paragraph in the chapter said.

According to the NCERT’s website, the epidemic made it essential to lighten the curriculum for kids.

The NCERT claimed that throughout the rationalisation process, it eliminated content that was duplicated in textbooks for other subjects or courses at lower or higher levels, as well as stuff that it deemed unnecessary in the present-day environment.

The Mughals were an integral part of India – so why are they being labelled foreigners?

Delhi must hold on to its cosmopolitan culture: Writer Rana Safvi