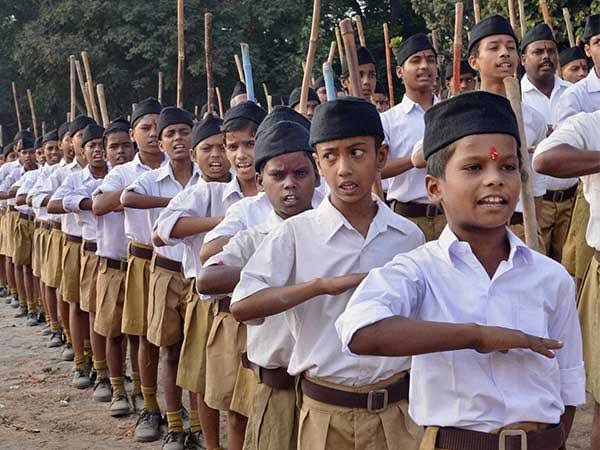 The renaming of human resource development (HRD) ministry as the ministry of education and the influence on Indian arts, languages, and culture display the Rashtriya Syawamsevak Sangh (RSS)’s influence on the New Education Policy (NEP). It is not a surprising thing that the RSS and Hindutva organizations whose parents party in the Center, has accepted the views put forward on education policy and announced it as a new education policy. The RSS has taken up the next agenda of manipulation in school syllabus too.

The education ministers of the BJP-ruled states have been in constant consultation with the RSS and the executives of the Central Human Resource Development Department. The movement’s affiliates submitted their recommendations to the Subramanian Committee and the Kasturi Rangan Committee on New Education Policy. The Central Ministry of Human Resource Development was named after Rajiv Gandhi where it was named in the style of the then Soviet Union but since a long time, RSS also insisted the government to change the name to Ministry of Education. The present Modi government has successfully accomplished this without any hindrance. At the same time, Trilingual education policy is a major feature of the current new education policy which is also a long-standing demand of the RSS.

On the other hand, Tamil people were the biggest enemy of Trilingual education policy for a long time. The war against Hindi imposition by Dravidian parties against INC during the time of Arignar Anna the founder of DMK which paved the way for Tamils allergic towards trilingual policy but the current Modi government has introduced a trilingual policy in the new education policy that focuses on Hindi and Sanskrit in particular. Atul Kothari, National Secretary of Shiksha Samskruta Uthan Niyas, said “The culture and cultural values ​​were a link in the textbooks and our aim is to change its very basis; It is not right to have an education system that is not based on moral teachings called moral values. It is not enough to teach students only about basic rights; The aspect of education policy is to teach what is the basic duties to be done to this nation as a citizen”. He says this can only be passed on to students through our myths, legendry and cultural activities.

In fact, many political parties, academicians and movements of South India have expressed their discomfort with reference to the New education Policy especially the Tamilnadu opposition party DMK, MJK, Dravidar Kazhagam, and May17 movement. The former Chief Minister and renowned Tamil scholar Kalaignar Karunanidhi who had strongly opposed NEP even in his last days where he has given a press release in 2016 about the ill-effects of the new educational policy stating it as a cunning way to imposing Hindi and Sanskrit in Tamilnadu and at the same time it destroys the idea of social justice and it ignores the education for poor people.

The president of Dravidar Kazhagam Mr.K.Veeramani also related New educational policy to the Brahminical hierarchy based method which puts the poor and marginalized community especially Dalits and Athivasis away. On the other hand May17 movement threatens the center by saying “BJP government, don’t try to implement the new national education policy (NEP) despite the opposition of Tamil Nadu! Drop that effort right away!” and the Manithaneya Jananayaga Katchi chief Mr.Thamimun Ansari Mla also calls on all Indian organizations to condemn this dangerous policy as mentioned in his tweet. Thus the NEP has attracted large scale opposition from South India.