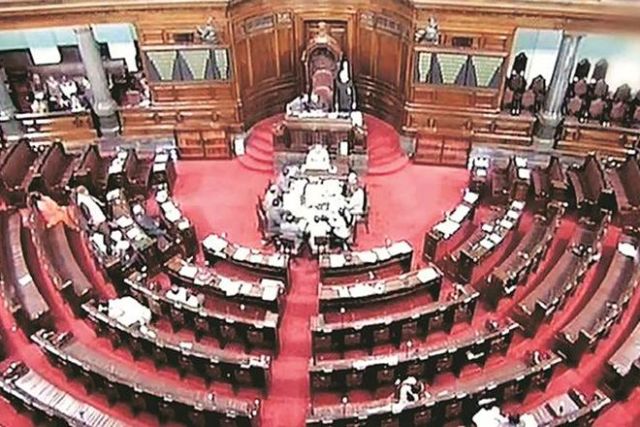 By Special Correspondent
Lucknow: Rights group, Rihai Manch on Tuesday urged opposition MPs to defeat the controversial bill at any cost in the lower house of parliament. It  has written a letter to the leaders of opposition parties apprising them of the possible threats and consequences of  the bill and called upon them to vote against it in the Rajya Sabha.
Rihai Manch General Secretary Rajeev Yadav said that the bill was an attack on poor, landless and deprived section of all the communities and castes; it is a part of Manuvadi conspiracy. The provision of the bill grants citizenship to all but Muslims on the basis of religion which is against the basic values of the constitution.
The need to write this letter arose because of the bills curtailing the fundamental rights of the people were passed by the parliament in its last session. Some of the opposition parties were emotionally blackmailed to support those bills while few others walked out of the upper house paving the way for the passage of bill like UAPA making draconian law more brutal. Thus ruling party, though minority in Rajya Sabha, managed to get the bill passed but this time it must not be repeated.
The letter sent by Rihai Manch urges the opposition to ask the government that  several nomadic communities residing in the country for hundreds of years do not have even permanent addresses. From which country they would be supposed to have come if they could not prove their citizenship. Tribal population living in jungles and elsewhere were forcibly displaced due to capitalist policies. Will they be recognised as Indian citizen or called migrants and granted citizenship after being declared foreigners and left to wander. The forest land will be allotted to capitalists and they will be forcibly displaced.
Rajeev Yadav said the Manch has held conversation with villagers on the question of citizenship and talked to the people there. It found that a large section of poor and labour class across the caste and community along with Dalit and most backward class would not be able to provide documentary evidence to prove their citizenship because they are landless, unemployed and illiterate. Will they be called foreigners? Will they be made to fear of detention camps and asked to concede that they were citizens of Pakistan, Afghanistan or Bangladesh and that they migrated to India due to religious persecution? Then they will be turned into migrants and subsequently granted citizenship. In such cases what would be of their rights and privileges provided by the constitution? Will they continue to enjoy reservation benefits and other privileges granted by the constitution, SC/ST act will be applicable to them as before? What about the people living in the country for generations who lost everything due to natural and other calamities and they cannot offer a single document to claim their citizenship. Will they be thrown out? Here is the real threat for the poor, deprived and illiterate Indian citizens to be declared foreigners and the government is playing intruders. The same had been done in the matter of Assam NRC but it went dumb after the final draft.
Manch has tried to convey to the opposition leaders through the letter that the amendment bill is not only insulting to poor native people but it is a giant leap to impose Brahmanical agenda in the guise of communalism.
Manch has appealed the opposition to stand firm against the bill and vote against it and it has also urged them to public their stand.