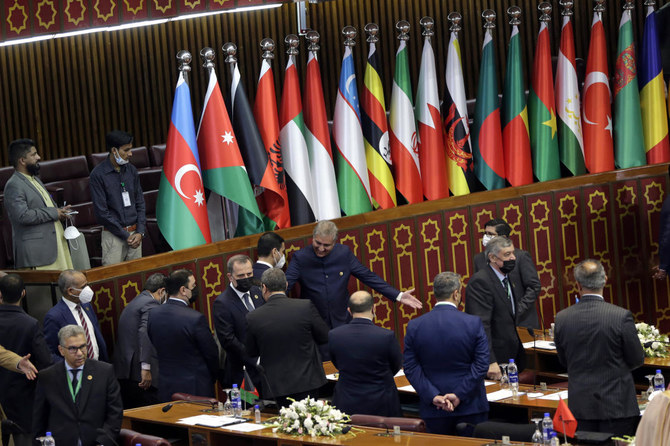 New Delhi: The Organization of Islamic Cooperation (OIC) General Secretariat has presented its Islamophobia Observatory periodic report to the 48th session of the OIC Council of Foreign Ministers, which is currently taking place in Islamabad from March 22-23. According to the report, India is one of the countries where Islamophobia-related activity is on the rise. It also made a special notice of India’s ongoing Hijab controversy.

The Islamophobia Observatory report pointed out that Covid-19 was identified as one of the primary elements that contributed to the rise of Islamophobia internationally in 2021, along with the extreme right’s agenda, the immigrant and refugee crisis, attacks by extremist and terrorist groups, and hate speech used by some media.  The report concluded that Islamophobia will persist, especially given evidence that it had risen over the previous five years.

It also noted that the increase appeared to have remained constant over the fourteen months from late 2020 to early 2022, with the exception of a noticeable disproportional decrease in 2021.

When it came to determining the scope of the phenomena, the study  revealed that Europe came out on top, followed by Asia, and then North America. According to the Observatory, France and the United Kingdom had the greatest rates of activities linked to Islamophobia, owing to government policies that appeared to serve more Far-right tendencies.

The Observatory report also noted a similar pattern in Asia, especially with regard to India and Sri Lanka, where the phenomenon has intensified due to existing tensions with Buddhist monks in Myanmar and the tension with the Rohingya Muslims. The report indicated that attacks and incidents usually committed by elements of the far-right have receded in the America region. It also specified that different regions of the world witnessed an increase in Islamophobia during the outbreak of the Covid-19 pandemic.

In an oblique reference to India, the report underlined that some social media sites blamed Muslims for spreading the virus, claiming that some of them insisted on performing congregational prayers, or deliberately spreading the epidemic. This, and other false stories, resulted in many attacks against Muslims.

According to the report, there has been a shift in negative stereotypes directed at Muslims, as evidenced by a decrease in the volume of offensive stereotypes of Muslims, as well as their transformation into government policies and political pressures exerted on governments by far-right movements and pressure groups.

The report said that there was a decline in incidents of attacks on mosques and copies of the Holy Qur’an and in incitement to social media or insults directed against the Holy Prophet, may Allah’s peace and blessings be on him.

According to the report, the severity of rejecting the hijab or burqa (face veil) has decreased in 2020 as a result of the widespread use of protective medical masks inspired by Covid-19. However, once the pandemic subsided, the problem resurfaced. Hijab was outlawed in government offices, universities, and schools in France, Switzerland, India, and Austria, among other countries. Other nations with less stringent anti-hijab regulations include Belgium, Norway, the Netherlands, Germany, Spain, Italy, Denmark, Bulgaria, Latvia, Kosovo, and Sri Lanka.

The report did, however, highlight certain global efforts to promote peace and tolerance. In addition, at both the UN and the EU, measures to support Muslim communities have been implemented. The report also highlighted initiatives in the United States, Brazil, Canada, Spain, the United Kingdom, Germany, and Australia to combat far-right organisations. The United Nations began implementing its Hate Speech Strategy and Plan of Action. The UN General Assembly declared every year on March 15th as International Day Against Islamophobia.