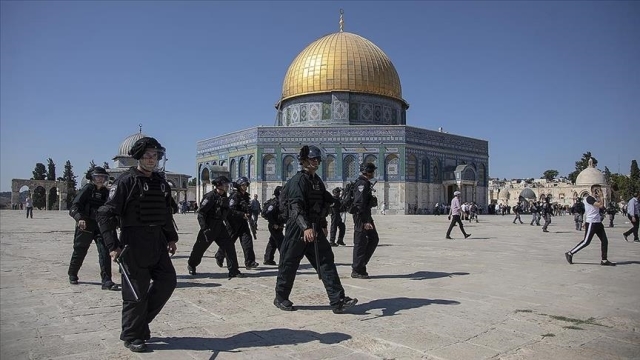 One of the most  outstanding crises in t Middle East, at the moment, is the issue of Palestine, Holy Quds, and the constant war of the Zionist regime against the oppressed Palestinian people who are being subjected to different forms of atrocities. This prompted the Great Leader of the Islamic Revolution of Iran, the late Imam Khomeini (ra), to name the last Friday of the holy month of Ramadan as the Quds Day, and with this enlightening action, he shone the light of hope in the hearts of the oppressed Palestinians and made millions of freedom-loving people of the world determined and resolute to face the conspiracies of the occupying Zionist regime.

Imam Khomeini (ra) said: “Quds Day” is an international day, it is not a day that is only dedicated to Quds, it is a day marking the struggle and confrontation of the oppressed people against the arrogant powers and regimes.” In other words, Al-Quds Day is not just the day of Palestine, it is the day of Islam. It is the day of the Islamic government. It is a day when the Muslims of the world are increasingly declaring their solidarity with the Palestinians, and it is a day when all the superpowers must be warned to stop their oppression and destructive moves against the oppressed people of the world. What a beautiful legacy had the late founder of the Islamic Republic of Iran left behind with regard to Quds and Palestine by declaring the last Friday of the holy month of Ramadan as the International Day of Quds and tying the sanctity of the last Friday of this holy month of Ramadan with the sanctity of the first qibla of Muslims and the third holy city of Muslims (after Mecca and Medina); especially, since as testified by the Surah al-Isra of the Holy Quran, it was the place of the heavenly ascension of the Holy Prophet of Islam (pbuh).

Thus, the declaration of the Al-Quds Day put the issue of the occupation of Palestine at the forefront of the issues concerning the Islamic world and mobilized all Muslims and the oppressed people of the world in a great union to save the land of the olive groves in order to help each other and end the occupation of Palestine and bring independence, security, and independence to the oppressed people of that country.

It is for this very reason that the Supreme Leader of the Islamic Revolution of Iran, Grand Ayatollah Khamenei, gives a speech on this occasion every year in the blessed month of Ramadan about the importance of Al-Quds Day, the importance of solidarity with the defenseless people of the occupied territories (on the part of people of the world and especially Muslims), and the need to support the oppressed people of Palestine, providing certain guidelines that can serve as the roadmap for Muslims in helping the real and rightful inhabitants of Palestinian territories.

From the viewpoint of the late Imam Khomeini (ra) as well as the learned Leader of the Islamic Republic of Iran, being an international day the Quds Day plays a very significant role in keeping the Palestinian issue alive and preventing this ideal from being forgotten, in spite of the conspiracies of the enemies. Moreover, the expansion of its global aspects has resulted in strengthening the option of resistance vis-à-vis compromise and has put the Zionist regime on a downward trajectory in recent decades.

From this perspective, as long as the option of armed resistance is in place inside Palestine and for the Palestinians, the Zionist regime will go through a downward and declining path in an erosive battle, in which case it will either disappear or the path will be paved for a referendum with the presence of all Palestinians inhabitants of this land from different religions and the end result would be that the oppressed people of Palestine will get back their right and witness the liberation of the Holy Quds.

Al-Huda International Cultural, Artistic and Publishing Institute has, in alignment with its cultural mission and nature, has published this special issue on the occasion of International Quds Day with the hope that this work will be a major step towards enlightening the world’s public opinion, especially the Muslim youth, regarding the blessings of this great day and its importance in furthering and strengthening the essence of unity in the Muslim world vis-à-vis the conspiracies hatched by the enemies of Islam

The downward movement of the Zionist regime has started and it will not stop : Ali Khamenei