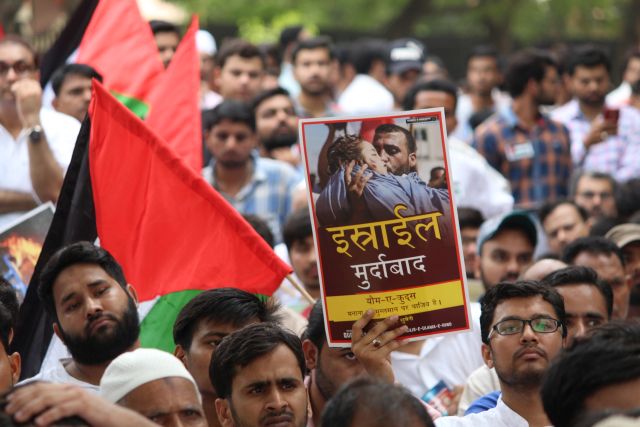 On International Quds day, last friday, once again slogans of ‘Down with U.S.A’ and ‘Down with Israel’ reverberated across India, from Kerela to Kashmir.

In Delhi, thousands of people staged protests and demanded free Palestine, condemning Israeli occupation of the Holy city of Al-Quds.

At Jantar Mantar large gathering of protestors protested against the inhumane behaviour meted out to the people of Palestine by Israeli occupational forces.

Every year, on the last Friday of holy Ramadan Muslims celebrate International Quds Day to demand free Palestine. It started in August 7, 1979, when Imam Khomeini declared the last Friday of the holy month of Ramadan each year as Quds Day, and appealed Muslims worldwide to unite in solidarity with the Palestinians.

Apart from Muslims, scores of Hindus are also participated in the protest and they were also demanding an end to ‘unjust’ Israeli occupation. 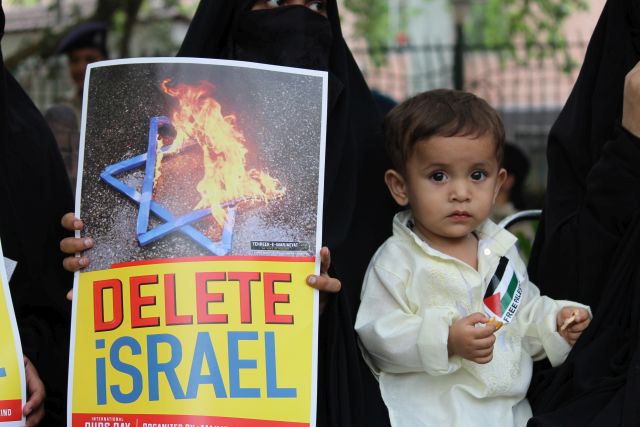 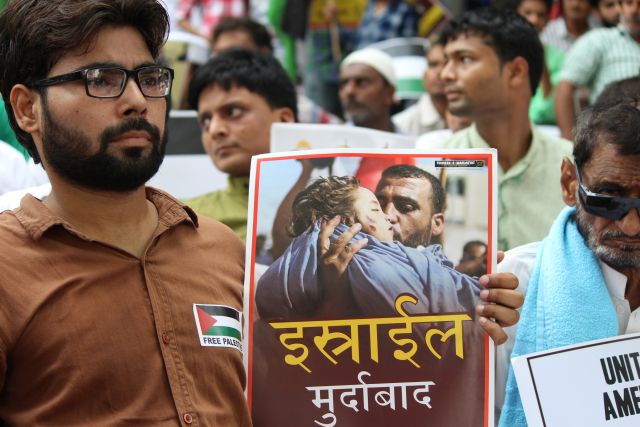 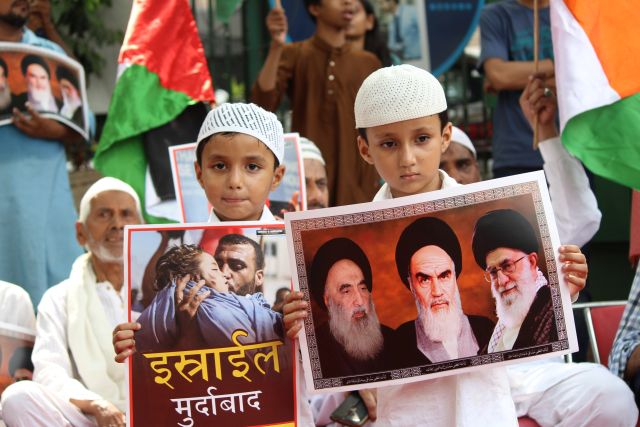 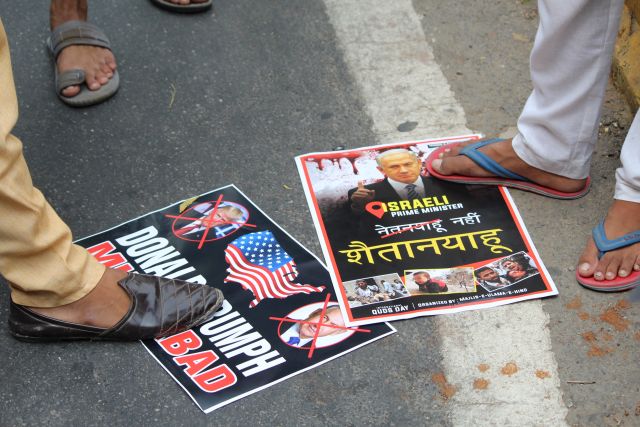 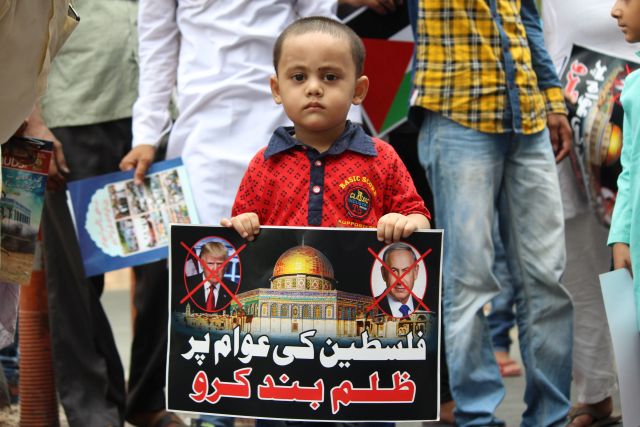 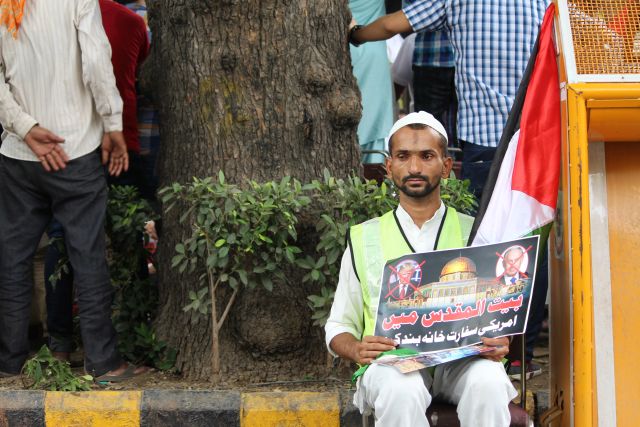 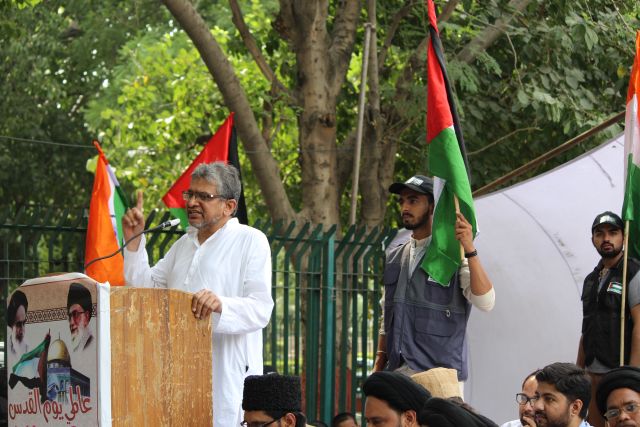 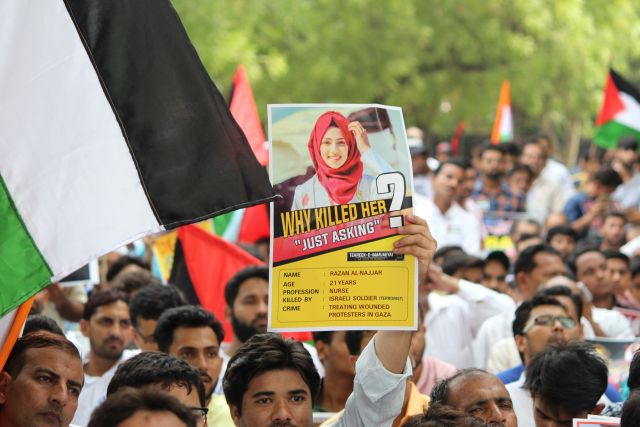 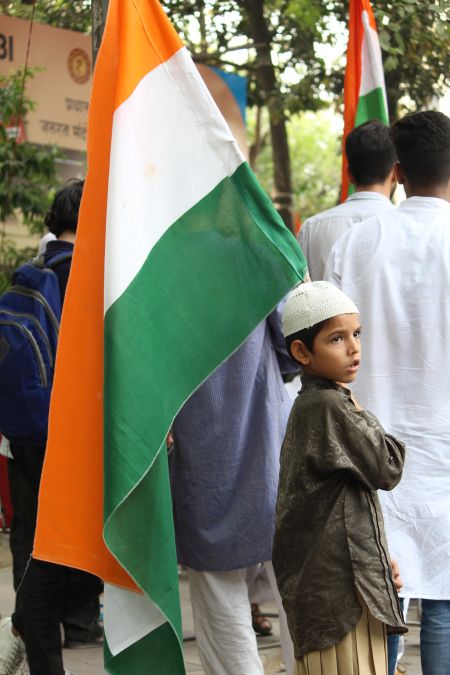 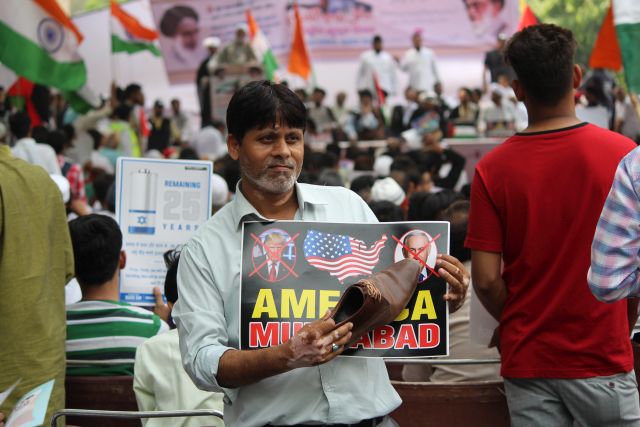 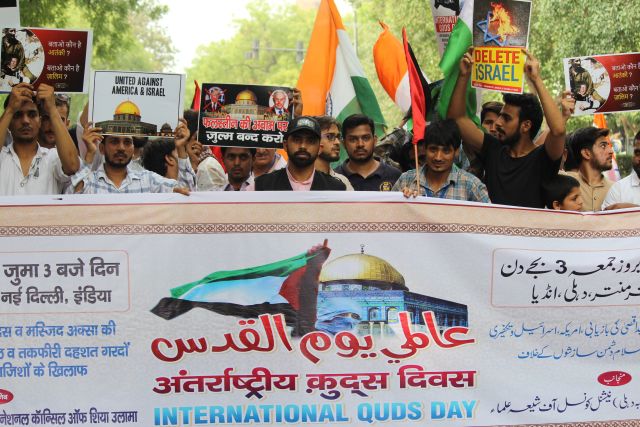 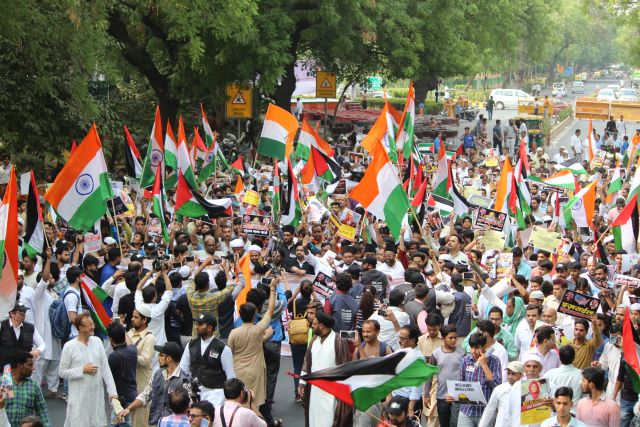 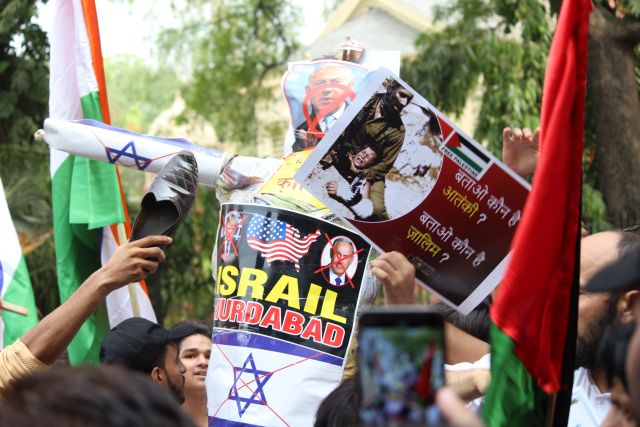 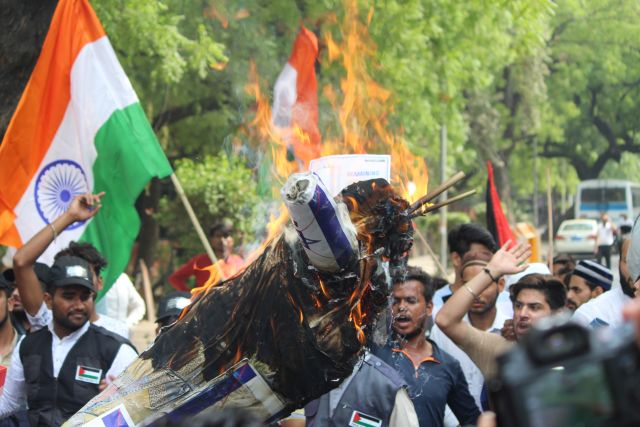 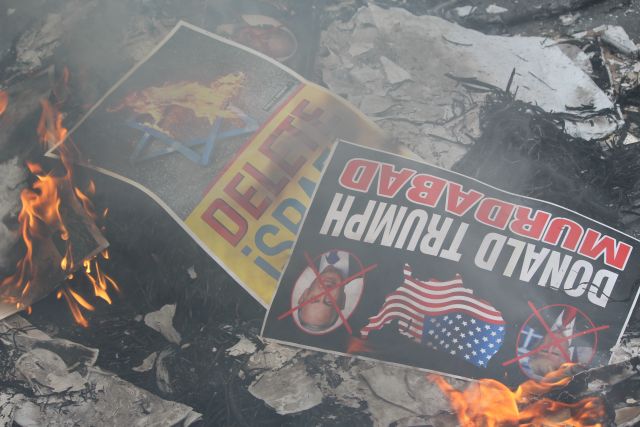