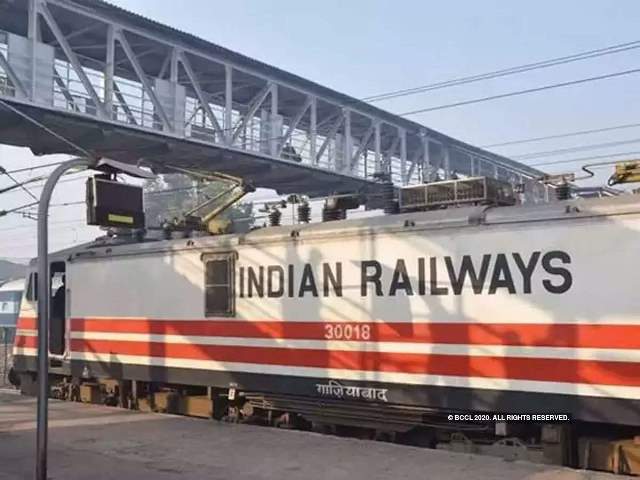 Indian Railway is one of the biggest railways in the world and considered as Asia’s largest Railway network, which comes under the Ministry of Indian Railways. It is the largest public sector in Asia with thousands of trains and railway stations. Beyond trains and railway stations, it is also the organization that manages railway-related manufacturing companies across the nation. The Integrated Coach Factory (ICF) in Chennai, the Rail Coach Factory in Kapurthala, Punjab, and the Modern Coach Factory in Rae Barelli, Uttar Pradesh are all involved in the production of train sets.

The three locomotives are Chittaranjan Logo Works in West Bengal, Diesel Locomotive Works in Varanasi, Uttar Pradesh and Diesel Logo Modernization Work in Patiala, Punjab. Along with these, a factory called ‘Rail Wheel Factory’ in Bangalore manufactures train wheels. All these are managed by the Ministry of Indian Railways.

Lalu Prasad Yadav, the politician and the social justice activist who became the Minister of Railways in 2004, turned a profit when the company was run at a huge loss. Thereby creating new routes, he reduced the fee from 10 rupees to 7 rupees, which was unprecedented in India before and after. It was the dominant Hindutva powers that made him a clown back then, and today they are joking around with incompetent bigwigs by selling to the private sector, claiming that they are running at a loss and unable to run the railway administration effectively.

The beginning of Government’s manoeuvre was to change the status of the separate financial statement to the Ministry of Railways, which had been prepared and implemented, and to merge it with the general financial statement. The Delhi- Lucknow and Mumbai-Ahmedabad routes have been sold to the private sector as a test run to sell the railways to the private sector, and private rail services on the Delhi-Lucknow route have just started.

In a letter to the Railways, chairman of the Finance Ministry, said that in the first phase, 50 railway stations across the country would be privatized and 150 routes would be sold to the private sector. The day after receiving the letter from the Chairman of the Finance Commission, the Ministry of Railways landed on the field and formed a special authority for this purpose.

Railway transport plays a major role in the migration of migrant workers across the country from trade to agriculture. These depend on the millions of workers who come and go daily from the small towns and villages near the big cities like Chennai and Mumbai. Apart from this, rail transport is an integral part of the lives of millions of people, such as small business owners who buy and sell goods from cities and students who go for education from rural areas. When such a sector is handed over to private corporates operating solely for profit the lives of Common civilians becomes interrogative.

Railway transport is a major factor in the migration of migrant workers across the country from the devastation of agriculture. These depend on the millions of workers who come and go daily from the small towns and villages near the big cities like Chennai and Mumbai. Not only this, rail transport is also an integral part of the lives of millions of grassroots people, such as small business owners who buy and sell goods from cities and students who go for education. When such a sector is handed over to private corporations operating solely for profit, the lives of millions of ordinary people are greatly affected.

The first step taken by private companies buying railway lines will be to get rid of unreserved boxes. This has been started by the Central Government. Not all carts that have been newly introduced over the past few years have no booked boxes. Next, the Modi government is gradually fulfilling its objective of converting all the boxes into AC ones and introducing a dynamic pricing system that changes every day like airfare. In this way, in the name of quality service, the fee hike will happen many times over. All rights granted to the elderly and the disabled on train fares will be reduced and indirectly abolished, like the cooking gas project subsidy which is gradually reduced. As a first step, the Modi government has announced a plan to voluntarily drop train fare concessions.

Amid protests from all quarters, Dravidar Kazhagam President and Editor of Viduthalai K. Veeramani said, “It was not their sudden idea or plan to leave the railways to the private sector or corporate bosses, where the people of the country could travel at low cost and many could easily get anywhere; According to the RSS’s policy of abolishing the public sector altogether – the gradual elimination of equitable thinking and practice, such efforts seem to be planned and carried out in the first place, day by day, in this regime – using the brute force at its disposal”. This view is particularly noteworthy from the point of view of social justice.

Today, due to the reservation in education and employment, almost all social groups are in the power sector of the state. This is a major obstacle to the observance of Varnasirama Dharma. Therefore, the private sector is trying to reduce the contribution of the backward and downtrodden people and enslave them only. The backward and downtrodden people should realize this and pay more attention and come forward to thwart this manoeuvre. As per the reservation policy of the government, around 19,715, 9,857 and 35,485 vacancies were promised to be reserved for SC, ST and OBC candidates respectively.

The second phase of recruitment of approximately 99,000 personnel will be initiated against vacancies arising out of retirements. As per the reservation policy, approximately 15,000, 7,500, 27,000 and 10,000 posts shall be reserved for SC, ST, OBC and EWS candidates (in second phase), the railways added. But after this sudden take over of Railway sector by Corporates which leads to the nullification of the caste-based job reservation system. As Dr.Ambetkar who advocated and brought in the caste-based reservation for the people of India.

This reservation policy which has lightened the lives of many people in terms of education, Job and so on. Here in Railway Jobs, now slowly being handed over to private leads to complete boycott of Scheduled and Backward class civilians and lead to the take away of opportunities by Upper castes especially Brahmin community. Even the act of 10 per cent of reservation policy for upper-class people which was enacted by Modi govt which have added fuel to the fire that is already burning in our country with reference to Periyar’s social justice. Many leaders have also condemned it as it shuts the path of opportunities to Dalits and OBCs.

From the day Modi came to power, the RSS’s Hindu nationalist policies have been to destroy corporate public institutions and public welfare programs, on the one hand, to spread the poison of sectarianism, to create hatred against other religions, to usurp the rights of states, and to destroy other cultures. It is painful that the railways are currently in that line. The railway sector, more than any other public sector undertaking, has a closer bond with the people.