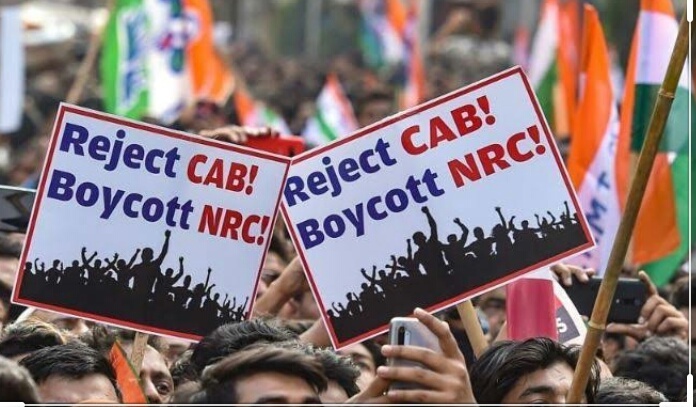 The resolution, passed by a unanimous vote at the Board’s meeting today, categorically opposes the CAA, NRC and NPR as “discriminatory to Muslims, caste oppressed, women, indigenous peoples, and the LGBTQ community.”

Given these actions are part of a larger effort by the India’s Hindu nationalist government to persecute and marginalize entire sections of India’s population the resolution also denounces “any other efforts that render vulnerable populations anywhere to become stateless, scapegoated, and targeted for discrimination, violence, and the abrogation of human rights that are universal to one and all.”

The Alliance for Justice and Accountability (AJA), an umbrella organization of progressive South Asian groups across the United States, in coordination with the local San Francisco community, today welcomed the resolution.

AJA states that the CAA and NRC seek to render stateless millions of people among minorities and caste oppressed by demanding proof of citizenship from every Indian, in a country where the vast majority of people have lived in India for generations but do not have birth certificates. Their use of religion as a criterion for selectively granting citizenship to immigrants of certain communities is a flagrant violation of all norms of secular democracies besides being inconsistent with India’s Constitution that guarantees equality before the law for people of all faiths.

“We are proud of the City and County of San Francisco for standing on the right side of history today. San Francisco is leading the moral consensus in the global outcry against the CAA,” said Hala Hijazi, a Commissioner on the San Francisco Human Rights Commission and a board member of the San Francisco Muslim Community Center as well as the San Francisco Interfaith Council. “When genocidal campaigns begin, one important intervention is international condemnation, and the Bay Area community feels a deep sense of solidarity with their electeds, as the time to stand against the Indian government’s Islamophobic policies is now,” Ms. Hijazi added.

“These genocidal projects happen in the shadows and this resolution highlights the significance of standing up for South Asian minorities, Muslims, and caste oppressed communities,” said Sharmin Hossain of Equality Labs. “Thousands of organizers across the country have called, e-mailed, and organized to amplify this Resolution, and it sets an example to cities across the United States – that we do not stand on the side of genocide,” added Ms. Hossain.

“India is creating a refugee crisis of biblical proportions. It will impact civil society in many parts of the world including the United States,” said Mr. Nazeer Ahmed of the American Institute of Islamic History and Culture.

The resolution, reaffirming San Francisco as a “welcoming city,” comes in the wake of five other cities (Seattle WA, Albany NY, St. Paul MN, Hamtramck MI, Cambridge MA) having passed similar resolutions denouncing the CAA and NRC and the exclusionary and bigoted worldview they represent.

In addition, international human rights bodies as well as the US Commission for International Religious Freedom (USCIRF) have all condemned these moves. The USCIRF noted that these were poised to put citizenships of millions into question, but “Muslims alone would bear the indignities and consequences of potential statelessness.”

“Genocide Watch, an independent body that is widely considered to have expertise in the prediction of genocide in conflict-ridden areas around the world, has issued two separate genocide alerts for the states of Assam and Kashmir,” said Mr. Ahsan Khan, President of Indian American Muslim Council (IAMC). “In this context, San Francisco’s decision to stand with oppressed minorities in India sends a clear message on where people of conscience around the world stand in regards to the deepening crisis in India. Today’s development will resonate across the US and beyond,” added Mr. Khan.

AJA has pledged to continue striving for international accountability of India’s repressive policies against minorities and caste oppressed.