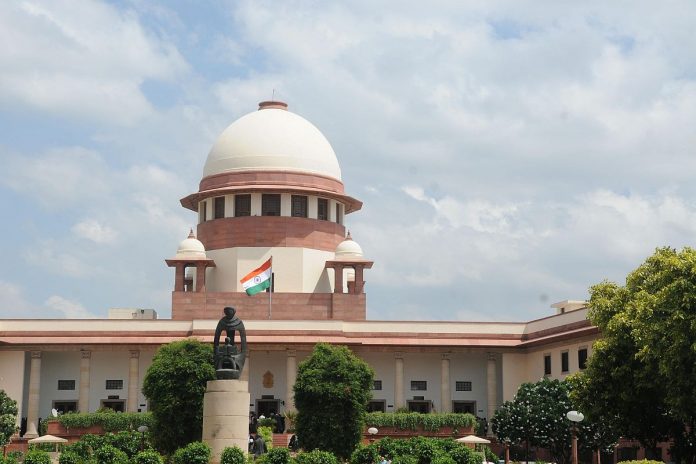 The Supreme Court is likely to hear, on Friday, a plea by Delhi Police challenging theDelhi High Court decision to grant bail to three student-activists Natasha Narwal, Devangana Kalita and Asif Iqbal Tanha, arrested in a case of “larger conspiracy” related to the February 2020 northeast Delhi riots, which claimed lives of 53 people and left hundreds injured.

According to a computer-generated list, a bench of Justices Hemant Gupta and V.Ramasubramanian is likely to take up the appeal filed by the Delhi police.

All three were given bail Tuesday on personal bonds of Rs 50,000 each and two sureties of a similar amount. The other conditions for their release included the surrender of their passports. A Delhi court on Thursday ordered release of the three activists.

Questioning the approach adopted by High Court, the police said the three judgments granting bail to three students, were “without any foundation and appears to be based more on the social media narrative than the evidence gathered and elaborated in the charge sheet”.

“Unfortunately, contrary to the evidence on record and the detailed oral and written submission made/filed, the High Court has decided the case in hand on a pre-conceived and a completely erroneous illusion, as if, the present case was a simply a case of protest by students,” it argued.

The appeal alleged the High Court “has not only conducted a mini-trial but has also recorded perverse findings which are contrary to record, and the arguments made during the hearing of the case to arrive at a finding that case under Sections 15,17 and 18 of the UAPA was prima facie not made out against the accused”.

Granting bail to three accused, a bench of Justices Siddharth Mridul and Anup Jairam Bhambhani had said: “We are constrained to express, that it seems, that in its anxiety to suppress dissent, in the mind of the State, the line between the constitutionally guaranteed right to protest and terrorist activity seems to be getting somewhat blurred. If this mindset gains traction, it would be a sad day for democracy.”

Opposing this observation, the police alleged that this is an “unfounded and perverse insinuation” that the present case was registered by the government to suppress dissent.

The High Court held that provisions of the UAPA can only be applied to deal with matters of profound impact on the ‘defence of India’, nothing more and nothing less, but the police sought to counter it as “an irrelevant consideration to grant bail to the accused”.

“Secondly, it will have far reaching consequences for cases investigated by the NIA and other investigating agencies. The impugned order is thus unsustainable in law and deserves to be stayed,” the police claimed. -IANS