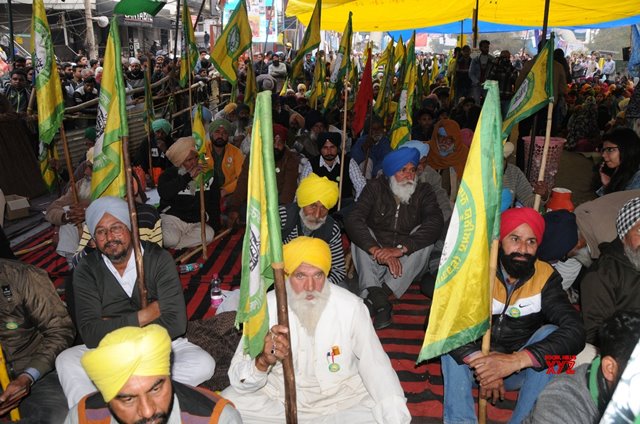 Sikh activists have expressed their concerns over recent arrests of young men over “insinuations” of pro-Khalistan activities and demanded their immediate release.

In an open letter to Punjab Chief Minister Sardar Amarinder Singh, the Sikh activists have alleged that authorities in Delhi have started a witch-hunt against those who stood for human rights and the ones who served food to “our brave sisters and daughters of Shahin Bagh” when the latter were organising an indefinite protest against the CAA, proposed nationwide NRC and NPR.

They maintained that in the last days of June 2020, India’s Intelligence Agencies have ‘unearthed one terror module after another, “supported by ISI of Pakistan and the Sikhs For Justice”.

“In consequence, God knows how many, Sikh young men have been arrested, some (maybe all) have been tortured and insulted in a bid to demoralize and demonize the people in order to secure them in eternal slavery by total denial of constitutional and innate human rights” they added.

The signatories believe that it is apparently an unnecessary and misconstrued bid to make the Sikhs perform better against China.

“Neither will reckless brutality deter us from seeking the reopening of the Kartarpur Corridor or seeking friendship with all humans everywhere” they stated.

Talking about some “victims”, the group mentioned Loverpreet Singh, who has been prominent in serving food to “our brave sisters and daughters of Shahin Bagh, who by their glorious fight against repression have earned the respect of all humankind”.

Another case concerns Iqbalpreet Singh, a mere lad, who was roughly snatched from his mother’s lap and arrested from his house at night.

“I have seen (in a sensitive video) the tears of his mother falling like copious rain. I have no doubt that they will eat into the soul of the wrongdoers,” the open letter read.