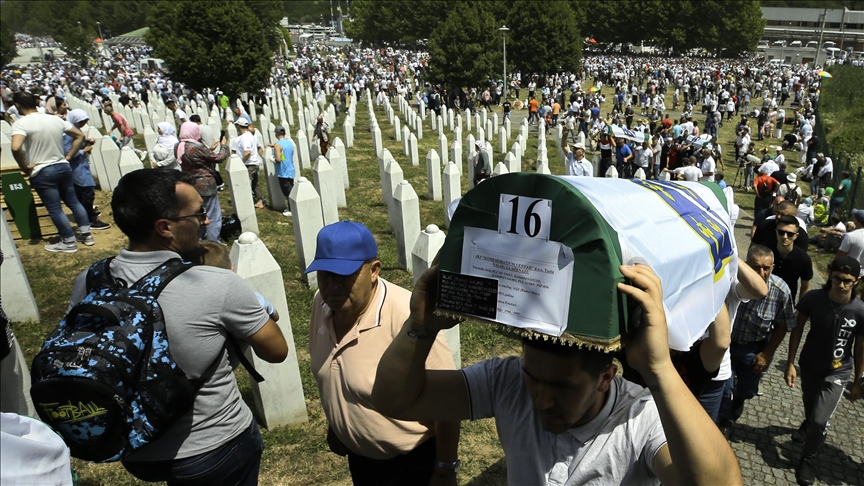 SREBRENICA, Bosnia: Silence fell over the Potocari Memorial Cemetery on Sunday evening after a day of tearful farewells for 19 more victims of the Srebrenica genocide.

The recently identified victims were laid to rest at the cemetery on the 26th anniversary of the July 1995 genocide, in which more than 8,000 Bosnian Muslims were massacred by Bosnian Serb forces.

Relatives and friends arrived at the cemetery in the early hours of the day for prayers and burial of the victims of the genocide, which has been described as Europe’s worst atrocity since World War II.

The youngest of the newly identified victims was 16-year-old Azmir Osmanovic and the oldest 63-year-old Husein Kurbasic.

The others laid to rest on Sunday were:

The number of Srebrenica genocide victims buried at the Potocari Memorial Cemetery now stands at 6,671.

More than 8,000 Bosnian Muslim men and boys were killed when Bosnian Serb forces attacked Srebrenica in July 1995, despite the presence of Dutch peacekeeping troops.

The Serb forces were trying to wrest territory from Bosnian Muslims and Croats to form a state.

The UN Security Council had declared Srebrenica a “safe area” in the spring of 1993. However, troops led by Gen. Ratko Mladic, who was later found guilty of war crimes, crimes against humanity, and genocide, overran the UN zone.

Dutch troops failed to act as Serb forces occupied the area, killing some 2,000 men and boys on July 11 alone.

About 15,000 residents of Srebrenica fled to the surrounding mountains, but Serb troops hunted down and killed 6,000 more people.

Bodies of victims have been found in 570 different places in the country.

In 2007, the International Court of Justice in The Hague ruled that genocide had been committed in Srebrenica.

26 ANNIVERSARY OF THE SREBRENICA GENOCIDE 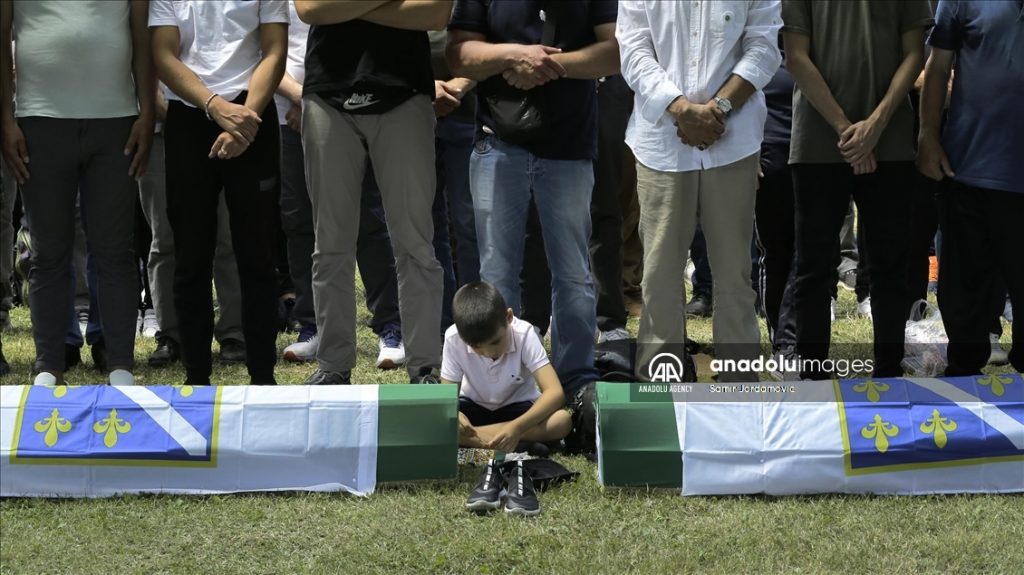 On June 8, 2021, UN tribunal judges upheld in a second-instance trial a verdict sentencing Mladic to life in prison for the genocide, persecution, crimes against humanity, extermination, and other war crimes in Bosnia and Herzegovina.-AA

Srebrenica Genocide : A cruelty against humanity