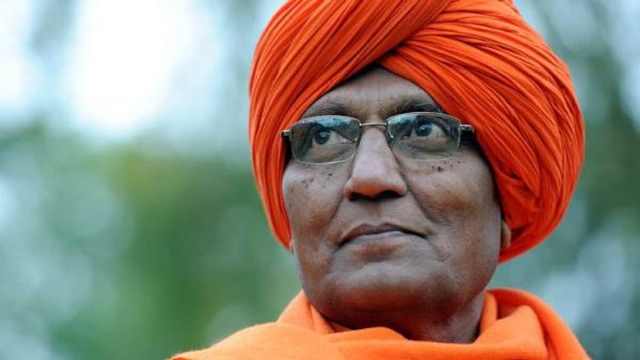 It is very saddening news that Swami Agnivesh is no more amongst us. Swamiji enriched our understanding of Hindu Vedic religion in particular and all religions in general. He remained a critic of all religions and advocated for spirituality. Religion that amounted merely following rituals of worship and life cycle was “fatalism” to him. Swamiji called the religion presided by priestly class as religion “for profit and comfort of individuals” or for personal salvation or moksha. The status-quoist approach to religion teaches us to seek individual salvation, fragment God into numerous compartments, divisions, and attribute numerous names and identities and claim exclusive rights and access to the fragmented God. The fragmented notion of God with exclusive access results into creating fragmented communities with sameness, uniformity and homogeneity, pitted against other such homogenous communities. The third notion of religion thrived on fear of God seeking personal reprieve from uncertainties and calamities. This notion of religion offers rewards after their death for non-rebellious conduct accepting all the sufferings and injustices in this world.

Swamiji rejected all the three approaches to religion. For Swamiji religion is a lifelong engagement for social transformation; lifelong struggle to understand the purpose of God; to understand the truth by engaging with religion and with society. Religion – particularly the Vedas for him – was a source of truth. However, other scriptures too are a source of truth. Religion is a source of values, guidance to the establishment of an ideal society and God’s order on earth. In fact, Swamiji refers to such a socially engaged approach as “applied spirituality.” Swamiji asserted that truth is God, and God is searching for truth. Conviction in truth makes a person fearless of all human agencies and the person strives to establish order where all human beings are treated equal by the state and society, dignity of all human beings is respected and needs of all human beings have priority over everything else.

For Swamiji, to be spiritual is to be is to be subversive and prophetic and heretical. Prophets were not accepted by the established elite as they questioned dogmas of their time. They were persecuted. Jesus of Nazreth and Muhammad, both were subversive. What they preached and propounded was violently opposed by those who wielded power within the society. Yet they changed the face of the society. They risked violent attacks on themselves. A spiritualist is a seeker of truth. A seeker-spiritualist’s liberation lies in seeking truth. To be spiritualist is to be compassionate towards the most needy – the last person on earth – “serving the poor, the victims, the excluded, the deprived, the exploited, the enslaved, the suffering is the surest way of serving God.” A spiritualist is engaged in the dynamics of liberation and empowerment of the most oppressed. Truth of the Divine should be seen as an invitation for personal as well as collective liberation and to work for universal harmony. To be a spiritualist is to shift from exclusivism to inclusivism and believe in universal brotherhood and sisterhood; to break the walls that separate and divide people on the basis of rituals. A spiritualist embraces all diversities in the spirit of vasudhaiva kutumbakam (whole universe is one family). A spiritualist transforms the society, experiences God (not through and rituals of worship) but embraces the Godly values of justice, truth and compassion. A spiritualist is not partisan and sectarian, seeing only evil in other religions and not what is “good and beautiful” in them and ignores harmful or outdated traditions within. In fact, it is the reverse – s/he examines inhuman, harmful and oppressive traditions within his/her own tradition first and thoroughly before seeing it other traditions. Saint Kabir in the fifteenth century says exactly this in his composition “Bura dekhan jo mein gaya; bura milya na koi; jo tan dekhyo aapno, mujhsa bura na koi”. Finally, a spiritualist is not one unless s/he becomes an agent of social liberation and transformation.

It is with this religious perspective that Swamiji has been in midst of activism to address injustices in the society. Instead of starting an ashram or a math where he would train young people in religious studies and study of scriptures, he took to social field to begin addressing injustices that he saw around him, as the best school, ashram and math to inspire and train young minds and orient them towards the applied spirituality. Swamiji has always practiced what he has preached. Nay, he has always preached what he has practiced.

His social interventions greatly strengthened the social movements for liberation of the oppressed and the marginalised and addressing inequities in the society. Unlike the social movements led by the left, Swamiji’s social engagement brought in moral and spiritual dimensions into the movement, often questioning and critiquing the established religion and religious institutions. He was delegitimizing the religious dogmas and beliefs that either actively supported or remained silent spectators to the oppression of the most marginalised. The fear of God, religious dogmas and blind faith within the oppressed would be greatly reduced when a learned Swami in saffron robes spoke against them and castigated as nothing but inventions of the oppressor to enable him to continue the status-quo. The movement would gain moral legitimacy and empower those who were rendered meek.

Swamiji’s engagement with social movements can be classified: 1) Liberation of the most marginalised on account of social traditions and customs claiming from religion (Liberation of bonded labourers and child labourers and for equality and equal dignity of dalits); 2) Opposing the religious traditions and customs that oppress women – e.g. the campaign against Sati following the murder of Roop Kanwar in Deorala, Rajasthan in 1987; 3) Question the greed and morality of capitalism and economic structure that leads to huge inequalities in the society wherein some are dying of hunger while others are guilty of vulgar consumption and consumerism (campaigns against liquor, campaign against corruption etc.)

Swamiji was a supporter of the reform movement within the Dawoodi Bohra Community which was led by my father – Dr. Asghar Ali Engineer. The reformist Bohras are struggling to defend their human rights and Constitutional right which are encroached upon by the Bohra priestly class in the name of religion. The Dawoodi Bohra pontiff uses religious doctrines to claim that he is the owner of body, soul, mind and all the properties of every Dawoodi Bohra, reducing the Bohra citizens to his slaves. Swamiji has attended several conferences of the Bohra reformists and extended all the support he could. His addresses at the conference in support of the human rights of the Dawoodi Bohras iwas listened to with rapt attention and highly applauded. The reformist Bohras felt that Swamiji was representing their religious morals when he addressed them questioning the priesthood among the Bohras.

Swamiji and my father, an Islamic Scholar who dedicated his life to work for peace, communal harmony and interfaith dialogue have been two good influences in my life. My father and Swamiji were great friends and I see a lot of similarity in their religious beliefs and lives, although there were differences too between them. On account of the similarities, I instantly took to liking Swamiji. Both were born in the same year – 1939; both lived their lives with utmost simplicity; both gave up their lucrative careers and were motivated by their respective religions to work for the marginalised and disadvantaged sections of the society; both questioned the established religious dogmas, priesthood and religious institutions and believed in socially engaged religion which requires to work for liberation of oppressed and the exploited. Engineer gave up his job as an engineer in Bombay Municipal Corporation and Swamiji gave up his career as a lecturer in a prestigious management college in Kolkata. Both saw all religions to be true and both did not overemphasise their religious traditions as the only way of worship and even as superior way of worship of God. For both religious value system was more important aspects of their religions like love, compassion and justice and engaged in interfaith action to establish a just society.

My father and Swamiji were jointly given the Right Livelihood Honorary Award in the year 2004 and which is considered an alternative Nobel Prize. The Award is conferred in Stockholm. The Award only recognized the shared work done by both. Millions of suffering humanity will carry on this joint struggle for a just society.

Champion of human rights, secularism and communal harmony Swami Agnivesh, passes away at 81