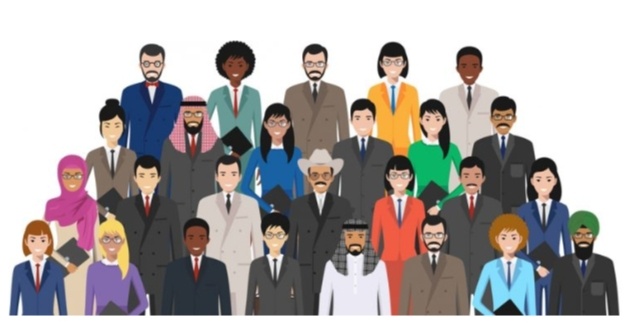 Pope’s historical Iraq visit underlined his commitment to interfaith dialogue, tolerance and coexistence, and their necessity in today’s world.

The Head of the Catholic Church, Pope Francis arrived in Iraq, last Friday, 5 March, to a red carpet and military-band reception, at the beginning of the first-ever papal visit to Iraq. He went with a plea for the country to protect its centuries-old diversity, urging Muslims to embrace their Christian neighbours and asking the embattled Christian community — “though small like a mustard seed” — to persevere.

The aim of the trip was to encourage Iraq’s dwindling Christian communities, which have faced violent persecution by the now defunct Islamic State group, to stop fleeing Iraq and to promote greater dialogue with Iraq’s Shiite majority.

The visit was marred by controversy due to Pope’s decision to travel during the continuing pandemic, but the Vatican defended his decision, saying all health care precautions had been taken and that the trip was an “act of love for this land, for its people and for its Christians.”

During his meeting in Baghdad with Iraqi President Barham Salih, Pope Francis said Christians and other minorities in Iraq deserve the same rights and protections as the Shiite Muslim majority. He said that the religious, cultural and ethnic diversity that has been a hallmark of Iraqi society for millennia is a precious resource on which to draw, not an obstacle to eliminate, and urged Iraqis to show everyone, especially in the Middle East, that diversity, instead of giving rise to conflict, should lead to harmonious co-operation in society.

President Salih, belonging to ethnic Kurdish minority, echoed his call. He was of the view that the East cannot be imagined without Christians and the continued migration of Christians from the countries of the east will have dire consequences for the region in future.

In his long and momentous meeting with Iraq’s Grand Ayatollah Ali Al Sistani, the most influential Shiite cleric, in the holy city of Najaf, the Pope urged Muslims to embrace Iraq’s beleaguered Christian minority. On his part the Shiite cleric affirmed his concern for Christians and said that they should live like all Iraqis in peace and security, and with their full constitutional rights. He also said that religious authorities have a role in protecting Iraq’s Christians.

The Vatican said Francis thanked Al Sistani for having “raised his voice in defence of the weakest and most persecuted” during some of the most violent times in Iraq’s recent history. The Pope further said that Al Sistani’s message of peace affirmed “the sacredness of human life and the importance of the unity of the Iraqi people”.

Cradle of civilisation
The Pope later visited the ruins of ancient Ur in southern Iraq, revered as the birthplace of Prophet Abraham, father of Judaism, Christianity and Islam, to reinforce his message of inter-religious tolerance and fraternity.

In Irbil, the head of Iraq’s Kurdistan region, Nechirvan Barzani, welcomed him. He then travelled by helicopter on to Mosul where he visited Church Square to pray for the victims of the war with the Islamic State group, which left thousands of civilians dead.

Referring to the historic region of Mesopotamia, which covered much of modern Iraq including Mosul, Pope Francis wondered aloud how cruel it is that this country, the cradle of civilisation, should have been afflicted by so barbarous a blow, with ancient places of worship destroyed and many thousands of people – Muslims, Christians, Yazidis and others – forcibly displaced or killed.

Christian-Muslim relations
Pope’s Iraq visit was in keeping with Francis’ long-standing efforts to improve relations with the Muslim world, which have been augmented in recent years with his friendship with the leading Sunni cleric, Sheikh Ahmed Al Tayeb. Sheikh is an imam and academic at the Al Azhar University in Cairo and he signed a landmark document on February 4 in Abu Dhabi, with the Pope.

The document calls for greater mutual understanding and solidarity to confront the problems facing the world. With the backing of the United Arab Emirates, the initiative has gone on to create a high-level commission to spread the message and plans are under way to build a centre in Abu Dhabi with a synagogue, mosque and church to demonstrate the feasibility of interfaith coexistence and sharing.

Christians in Iraq
In Iraq, the pontiff brought his call for tolerance to a country rich in ethnic and religious diversity but deeply traumatised by hatreds. After the invasion of the country by the US in 2003, it has seen vicious sectarian violence between Shiites and Sunni Muslims, clashes and rising tensions between Arabs and Kurds, and militant atrocities against minorities like Christians and Yazidis.

In Iraq, Christian presence goes back nearly to the time of Christ. They subscribe to a number of rites and denominations, of which the Chaldean Catholic is the largest sect, along with Syriac Catholics, Assyrians and several Orthodox churches. They once constituted a sizeable minority in Iraq, estimated at around 1.4 million. But their numbers began to fall rapidly at the hands of the Sunni and Shia militants after the disposition of Saddam Hussein.

Pope’s call for tolerance and co-existence
Pope Francis’s efforts to promote tolerance and coexistence amongst faiths and particularly between Christians and Muslims are nothing new. His efforts have earlier seen endorsing partnership with Sheikh Tayeb in the recent past and the messaging, which he conveyed in Iraq.

Though symbolic, this sort of messaging carries enough weight and support amongst people, many of whom are guided by such spiritual and kind-hearted initiatives by their religious leaders. Such gestures and meetings become the cornerstone of long lasting partnership among faiths, which has been a hallmark of Iraq particularly, which is often described as the cradle of civilisation and has seen co-existence of Christians, Jews and Muslims together in a tolerant manner, each paying tribute to other’s faith and holding all faiths as equal.

Pope’s Iraq visit underlined his commitment to interfaith dialogue, tolerance and coexistence and it is need of the hour to promote these sentiments amongst the masses and the political leadership too, particularly in the backdrop of the continuing pandemic, when each can help the other with sensitivity and sympathy, and in countries where these values were the hallmark of their secular setup but are now being eroded due to narrow interests.
***

Asad Mirza is a political commentator based in New Delhi. He was also associated with BBC Urdu Service and Khaleej Times of Dubai. He writes on Indian Muslims, educational, international, interfaith and current affairs .Email: asad.mirza.nd@gmail.com
210308 ymd

Mukherjee has shown mirror of truth to RSS: Congress