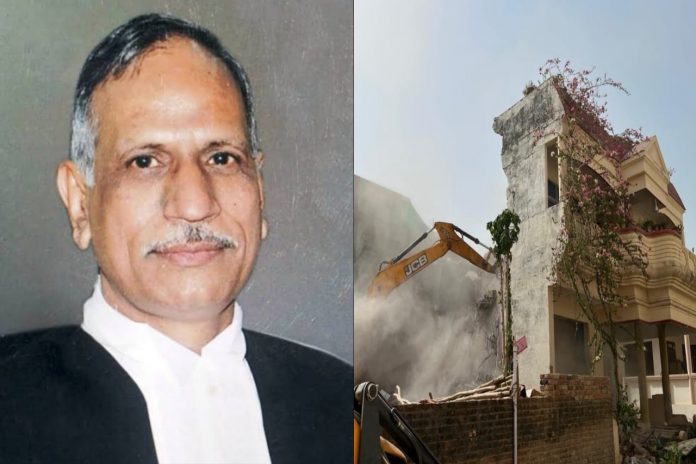 “This is totally illegal. Even if you assume for a moment that the construction was illegal, which by the way is how crores of Indians live, it is impermissible that you demolish a house on a Sunday when the residents are in custody. It is not a technical issue but a question of rule of law,” Mathur told The Indian Express.

Javed Mohammad’s house was demolished after he along with wife were taken into police custody. The police claimed they had a role in incidents of violence that broke out during the protest held against Nurpur Sharma’s insulting remarks on Prophet Muhammad on Friday.

Reacting to the same, Justice Mathur raised his strong concern over violation of the rule of law.

It may be noted that it was Justice Mathur who had taken suo motto notice of the Yogi-led administration’s decision in 2020 to put up posters with pictures of anti-CAA protestors. In his judgement, he said that the government’s move was unlawful and violated the right to privacy of the accused.