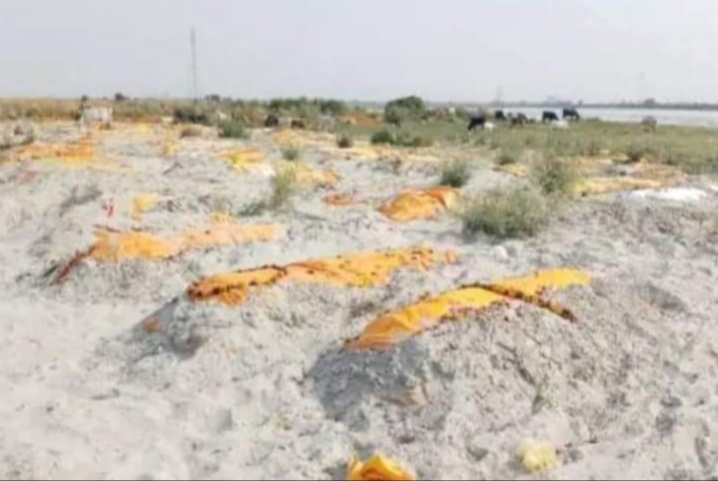 The Yogi Adityanath government in Uttar Pradesh has decided to take the help of various religious leaders to create awareness among people not to dump bodies in the rivers.

Amid mounting criticism over such incidents, chief minister Yogi Adityanath has instructed officials to initiate a dialogue with religious leaders on the issue.

The chief minister said that religious leaders can help the government in creating awareness among people about the environmental and social consequences of dumping bodies in the rivers.

He asked for continued patrolling by water police of the State Disaster Response Force and Provincial Armed Constabulary around all the rivers of the state and asked them to ensure that the bodies were not disposed of in water under any condition, said a government spokesman.

The chief minister stressed the last rites should be respectfully performed and financial assistance was also being provided for it, the spokesperson said.

Even in case of bodies being left unclaimed, the last rites should be performed according to the religious beliefs, the chief minister said.

A large number of dead bodies have been found floating in the rivers in many districts of the state. There have also been reports of bodies being found shallow buried on the banks of the Ganga. — IANS