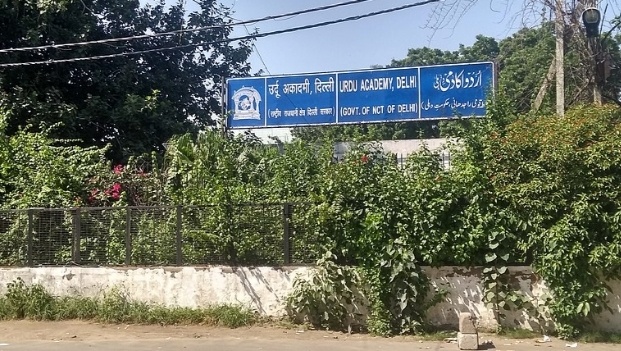 New Delhi. The Urdu Development Organization, an NGO working for the cause of Urdu, demanded the Delhi government-led by Chief Minister Kejriwal to give Urdu its due right which is the second official language of NCT Delhi. It also expressed shock over the re-constitution of Delhi Urdu Academy’s governing Council. It also demanded to fill the vacant posts of Urdu in the Delhi administration and elsewhere

The NGO held a meeting at its office to discuss the state of affairs of Urdu language here. The meeting was meeting presided over by  senior journalist Masoom Muradabadi  which took the note of Muslim Mirror story on the re-constitution of the Academy’s governing council with people not very well connected with Urdu language. While expressing his views, social activist Dr. Lal Bahadur demanded the Delhi government should abandon its indifference to Urdu and develop it as a Raj Bhasha. He said that Urdu is the official language of the Delhi government. He stressed that development of Urdu will promote harmony in the society. Senior journalist Salik Dhampuri expressed his views and advocated making Urdu Academy active.  Dr. Syed Ahmad Khan agreed with Dr. Lal Bahadur’s views and said that Delhi Government is doing the best work in the country. In this context, one would expect that the Delhi government will also do necessary work for the development of Urdu. The meeting also raised the demand that the vacant posts in Urdu Academy should be filled henceforth. Similarly the vacant posts of Urdu teachers should also be filled immediately so as the Urdu students do not suffer because of teachers. Hakim Ataur Rahman Ajamali, Saifuddin Ansari, Com. L. Bharti, Ashok Mishra etc. also put forth  their views.