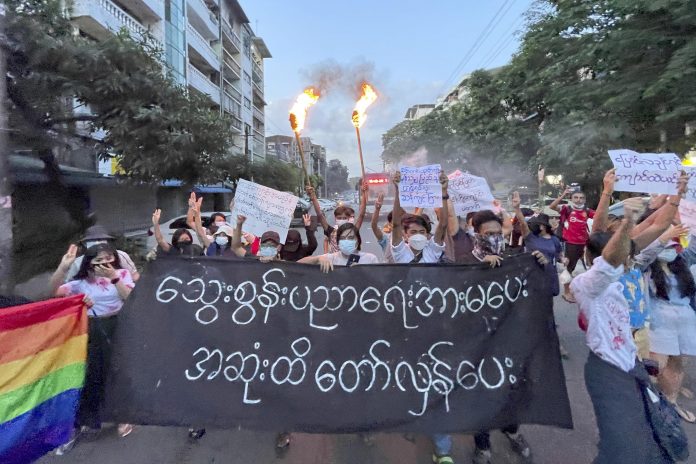 WASHINGTON:  The US along with six other nations on Friday voiced concern about recent reports of violence in Myanmar and called for a ban on arms sales to its military.

Those others included Australia, Canada, New Zealand, Norway, South Korea, and the UK, according to a joint statement by the US Department of State.

“We reiterate our grave concern over reports of ongoing human rights violations and abuses by the Myanmar Security Forces across the country, including credible reports of sexual violence and torture, especially in Chin State, Sagaing Region and Magwe Region,” read the seven-nation statement.

The Myanmar military has burned homes, churches and an orphanage in the Thantlang village of Chin State, and humanitarian groups have been targeted, according to the statement.

“More than 40,000 people are reported to have been displaced in Chin State and 11,000 in Magwe Region as a result of recent violence,” it added.

The seven nations also voiced concern about allegations of weapons stockpiling and attacks by the military against civilian population as well as about armed clashes in the Rakhine state in early November.

They urged immediate cessation of all human rights violations and abuses, and violence against civilian populations.

“To that end, we call on the international community to suspend all operational support to the military, and to cease the transfer of arms, materiel, dual-use equipment, and technical assistance to the military and its representatives.

“We encourage the international community to work together to prevent future atrocities in Myanmar, including by supporting justice and accountability for those responsible for atrocities,” read the statement.

Violence escalated in Myanmar after February’s military takeover. Since the Feb. 1 coup that ousted Aung San Suu Kyi’s government, the Myanmar military has killed, tortured, and arbitrarily arrested civilians, according to rights groups.-AA