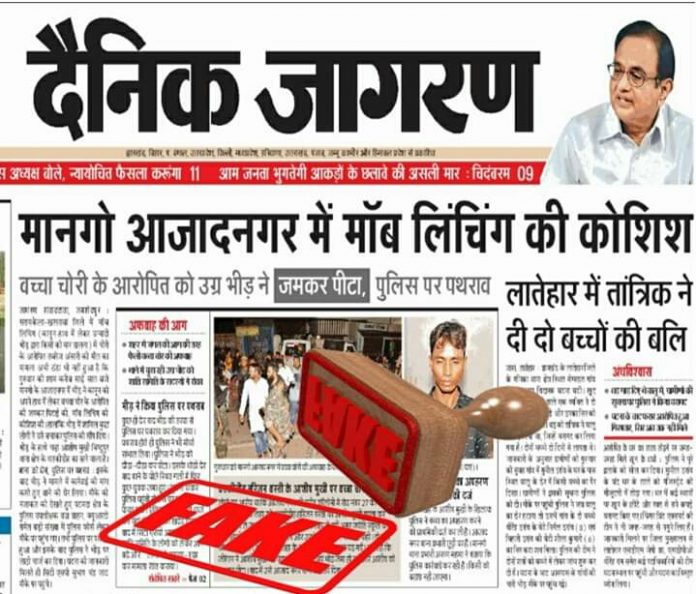 Jamshedpur :A major communal riot was averted in  communally charged city Jamshedpur on Thursday mainly owing to the  peace loving people of the city who rejected the fake news of Hindi daily Dainik Jagran , which  tried  to give a child lifting  incident  communal color, discernibly to provoke Hindu masses against Muslim community.

According to the residents of Zakir Nagar area of Mango locality  , Ashish Mukhi of Dhatkidih village was taking 10 years old boy Taha  along with him. Suddenly Taha’s mama Zeeshan saw Taha with the stranger and stopped both. Meanwhile some people gathered on the spot. Looking at the sensitivity of the matter Ashish was taken to Mango police station and handed over to the police.

Shockingly,  two ‘prominent’ Hindi dailies termed the incident ‘as mob lynching’ and also added that the  child-lifter  Ashish Mukhi  was brutally beaten by the mob.

Another Hindi daily Prabhat Khabar carried the incident under the heading ‘Had not the police been alert, Jamshedpur could have become Nagadih’.

In 2017  three innocent persons were killed by a mob  in Nagadih when the villagers suspected them to be child thieves,

Why there is no sign of even minor injury if  Ashish had been beaten by the mob, asked  activist Shakil Ahmad Khan.

Instead of appreciating the conduct of Muslims who handed over the accused to the police without doing any harm  the Hindi dailies are accusing Muslims of mob lynching, this is highly objectionable , said activist Umar Khan.

Speaking to the media, Subhash Chandra Jat (City SP) Jamshedpur clarified that no violence took place and accused had been safely handed over to the Police Station.

The SP also appreciated  the way the child’s uncle and the members of Muslim community handled the situation.

Members of Sikh community staged strong protest over the insensitivity of the Hindi dailies and demanded unconditional apologies from the both newspapers for publishing misleading, fake and highly objectionable news targeting Muslim community. 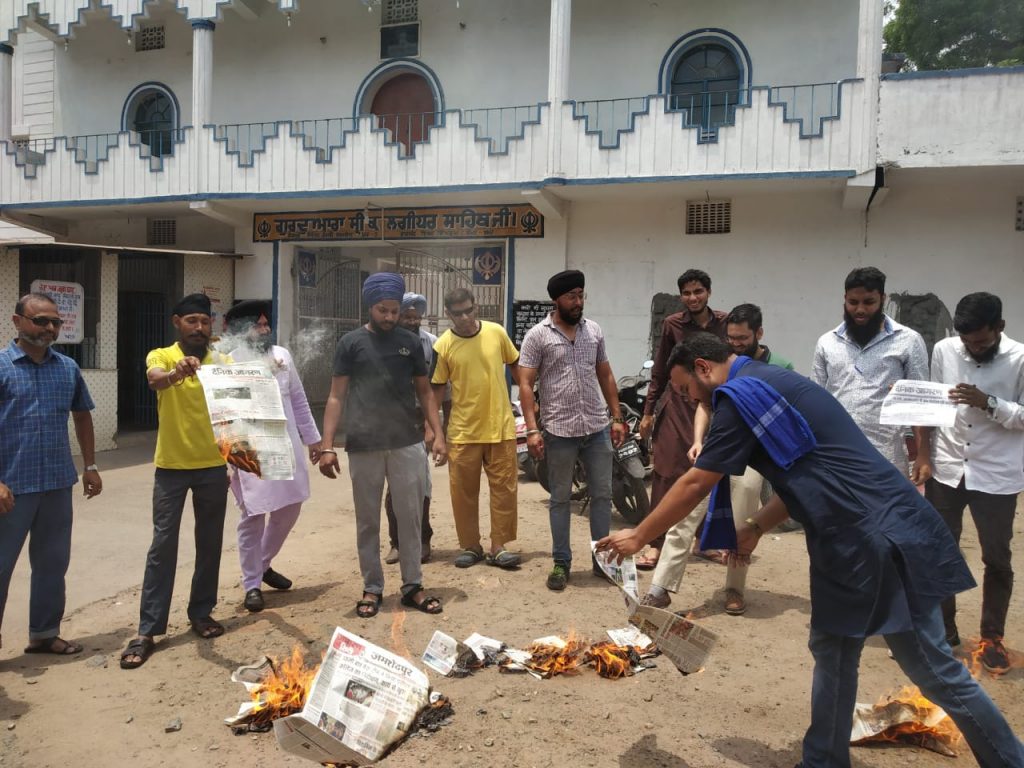 The  protesters  also burned the  copies of the Dainik Jagran and Prabhat Khabar.