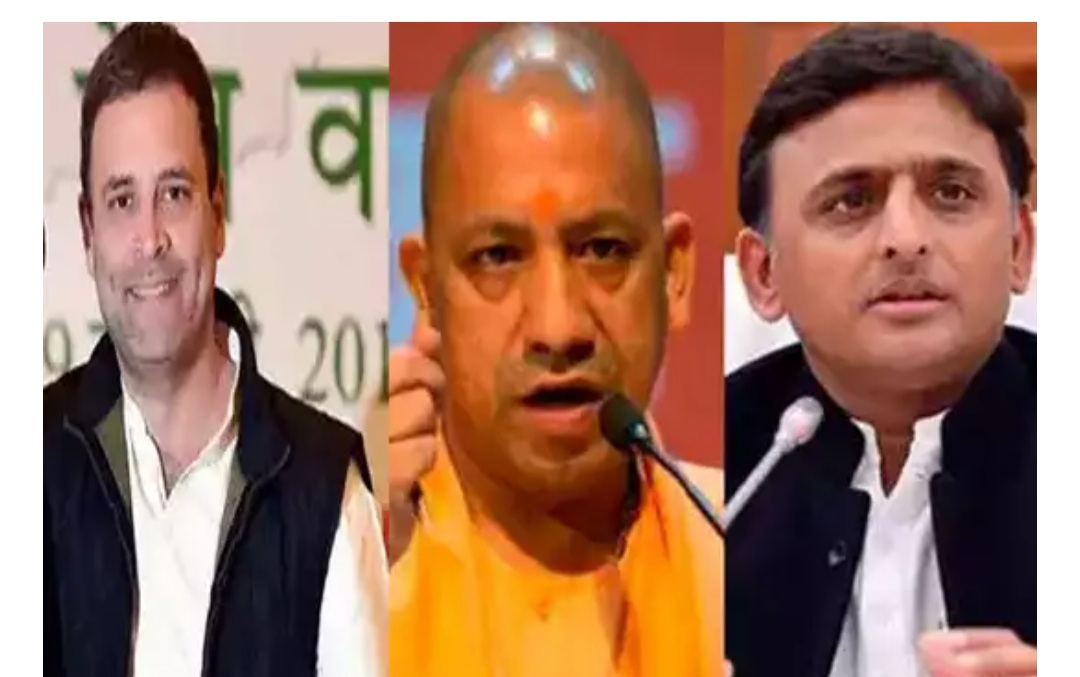 The BJP government in UP is now in its last phase as by December the election-notification is likely to arrive. There is right now a churning going-on in Lucknow with RSS and BJP ideologues trying to assuage the damage-control against BJP which failed on every aspect as far as the latest COVID-19 mismanagement goes. There are already reports that if elections are held today, BJP would not cross the 100 mark out of 403 in UP.  Notwithstanding the EVM and the Election Commission, which made BJP cross the 70 mark in West Bengal or it was to finish with around 20 seats.  The true picture is that millions have perished in UP after getting Corona-Positive and who did not even inform the authorities while hunting for Oxygen which the incompetent government could not make available.  Therefore, people’s anger is all what is spilt across every street, nook and corner in the state.

But, what in fact is the asset is that BJP is primarily run on media-waves which is run by nearly 100% Upper Caste Hindus who have an incredible zest for BJP. There are just one-or-two exceptions which are of no consequence. BJP based its experiment on Gujarat where farmer’s lands were acquired and given to corporate houses, which again is an exclusive Upper Caste Hindu’s fiefdom. Media made a happy-go-lucky image of Gujarat. The same experiment has now been unleashed, more explicitly since 2014 by PM Narendra Modi in whole of India, buttressed by an extremely aggressive media.  BJP also parallels its politics by keeping Muslims constantly under siege, which is all but well inherited from Congress i.e. the principle Upper Caste Hindu party-always overloaded with Brahmins. Almost the entire majority of Upper Caste Hindus from Congress have shifted their loyalties, in the Northern and Central parts of India, towards BJP in the last decades, with sometime alternative socialist voices, also attaining power( in UP, Bihar etc) , but which have abysmally fallen short of having an alternative media too. But, after the advent of social-media, socialist-secular voices too have started to find some scope for articulation in the otherwise exclusive Upper Caste Hindu domain.

I have been a daily witness, since the last couple of years, to my friends speaking in hushed-voices, from the biggest newspapers in Lucknow, never to question the state intentions or publish anything against the ruling party.  The so called Muslims in media just comply to do ‘projected and promoted’ anti-Muslim stories, as after all it is the Upper Caste Hindus party ruling the state and it would be too naïve to feign ignorance that Upper Caste Hindus, particularly after Sep 11, 2001, had very openly started to show disdain for Muslims all across India. Whether it was BJP led NDA or Congress led UPA. It is good as long as Muslims are kept hot-under-heels, whether it be POTA or UAPA or through any other stringent laws. Jails, are therefore the only place where Muslims outnumber their official percentage (in India).

For Upper Caste Hindus or their media, it was a position in doldrums as to why ever would BJP go wrong? Even if that was when it made the whole nation stand in cold winters, old and young, men and women in the non-ending queues during process of demonetization in 2016. Has the counterfeit currency now totally extinguished? But, media would then debate as if PM Modi ‘must-have-planned-it-for-good’! Rahul Gandhi, himself an Upper Caste Hindu, and the main Opposition face, there are no qualms about it, perhaps floundered on every count for BJP to regain office in 2019. He could have taken the demonetization move as the ultimate ‘step against people’  and called for sit-in dharnas all across the country, bandh and stopped roadways and railways, boycotted demonetization as a whole bogus exercise, but he instead chose to stand-in-line! Why such a trepid Opposition? Imagine if Congress was to have done it!

Banks made a brisk business and at 40% rate money was fit-into-banks. People became overnight millionaires.  Billions and billions of unscrupulous money got deposited. The grand plan to officially turn black-money-into-white was thus completed. In the name of nationalism (sic). That was 2016. Come 2018 and in January four SC judges sat outside SC to seek justice! Here was the final moment to unzip what all was murky inside SC. Nothing unprecedented had happened earlier. Rahul Gandhi could have sought Law Minister’s resignation, the virtual spine of Modi. He could have given a call to Congress cadres to brave water-canons, shut the SC and parliament and taken Modi by the horns. But certainly he did nothing beyond his lip-service.  It is another matter that Ranjan Gogoi then the incumbent SC CJI later went on to gift the Babri Masjid site to the Hindu side in lieu of a place inside Rajya Sabha. Nothing more disgraceful could ever be.  Everyone knows that the seeds of Babri Masjid issue were sown by Congress and its political harvest was reaped by BJP. Congress true to be ideology, celebrated the November 10, 2019 SC judgement as there was ‘charagha’ i.e. lighting at Congress party headquarters in Bhopal.

Congress party was fighting the anti-incumbency against its three times Assam CM Tarun Gogoi who wanted to align with Babruddin Ajmal in 2016 assembly polls but Rahul Gandhi killed the alliance. BJP strode to power in 2016 and thereafter took to a belligerent Hindutva mould and the brainchild of Congress NRC was blatantly implemented in Assam aimed against Muslims. After 2019 BJP brought CAA. Congress went into a deaf and dumb mode.  It was Rahul Gandhi, who after the 50 days ordeal when Indians lined-up during demonetization went for a holiday-abroad to celebrate the new-year 2017, but not before ditching the entire Opposition as he herded his partymen to meet Modi. Rahul Gandhi could not make Congress voters to vote for Congress-SP alliance in 2017 in UP. All the Upper Caste Hindu voters shifted for BJP, the same what had to happen in Bihar in 2020. Mamta Banerjee was articulate enough to distance from Congress in West Bengal.

Both Congress and BJP are exchanging cousins. There are many Backward BJP leaders but have been totally Brahminised. Congress has long ceased to be! It and has almost melted into BJP. It is a stark reality that the entire Indian establishment is a monopoly of Upper Caste Hindus, with Backward Classes, in post-Mandal days, only being sometimes successful in their campaign for secular-social justice, which is the most crying need of the nation today. It is time this narrative takes to a centerstage in 2022 in UP and in 2024 at the Center, as after all, do not we remember the then Union DPM LK Advani in 2004 calling to vote for Congress if not for BJP, after his India-Shining dream had been gutted.