Earlier Roman Saini was the youngest IAS officer  who cleared  UPSC at the age of 22 in 2013.

Speaking to MuslimMirror.com Ansar said that he has got IAS West Bengal cadre.  Ready to join training at Mussoorie from August 27th he said.

It is like dream come true. I thank Almighty for giving me such a majestic reward of my hard work, he attributed his success to the blessings of his parents and sacrifice of his younger brother Anees.

“My brother, a garage hand, supported me throughout, without which this would have been impossible to achieve. I am indebted to him,” an emotional Shaikh had told media persons three months ago when UPSC results were declared. 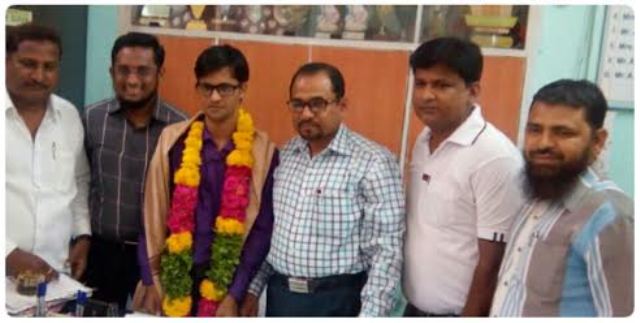 Ansar’s father is an auto rickshaw driver and the entire family struggled for livelihood.

“I was marginalized by three different categories. I am from a backward undeveloped region, I hail from a poor economic background and I belong to a minority community. I will tackle all these issues as an administrator since I have witnessed these issues at close quarters,” Sheikh had added.

Notably when Sheikh joined Fergusson College in Pune three years ago, he had to change his name to a more acceptable “Shubham” to get accommodation and food without hassles.

Emerging successful in such dire circumstances Ansar has set an example before youth and proved that anything can be achieved through determination.

In the last three months since he qualified the exam nearly 100 NGOs of 22 districts of the state have felicitated him.