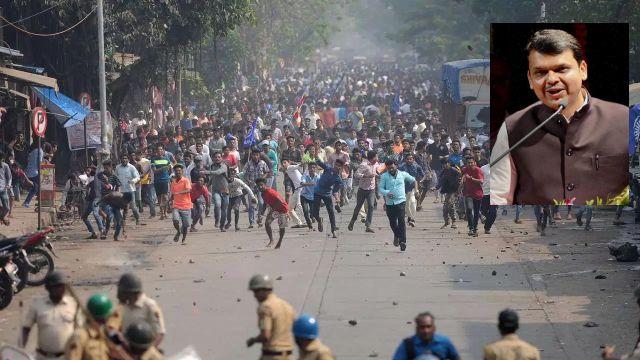 Fadnavis said although an offence has been registered against Bhide, alias Guruji, who heads the Shri Shiv Pratishthan, based on a complaint by a woman, there is no evidence to prove that he had “instigated” the riots that day.

“Based on the complaint by the woman, police had registered a case against Bhide Guruji. The complainant’s statement was recorded in camera before a Chief Metropolitan Magistrate. She told the magistrate that she had not seen Bhide Guruji taking part or instigating the riots. She had named him as an accused based on speculation that was on in the locality,” Fadnavis told the assembly during a discussion on the law and order situation in the state.

He added that during investigations, it was revealed that the GPS locations of Bhide’s mobile phone and 8-10 of his associates proved they were not in the vicinity of the Bhima-Koregaon area of Pune when the riots broke out.

“However, the state government has not closed the investigations against Bhide Guruji and his associates. I assure that the government will initiate stern action against all those found guilty in the matter,” Fadnavis said.

Detailing the circumstances leading to the riots, he said tension erupted between the two communities after an objectionable billboard was put in the village.

After this cases were lodged against some people under the Scheduled Castes and Tribes (Prevention of Atrocities) Act, 1989, but were withdrawn after the leaders of both communities met and sorted out their differences.

Despite adequate precautions by the police to ensure the prevention of any untoward incidents on January 1, trouble erupted in a local parking lot where some misreants indulged in violence, he added.

Since the rioting, Bharipa Bahujan Mahasangh (BBM) President Prakash Ambedkar, the grandson of Architect of Indian Constitution B. R. Ambedkar, and others have accused Hindutva elements of having instigated the riots and sought their arrest.

On Monday, (March 26), the BBM and other parties organized a massive procession in Mumbai demanding the arrest of Bhide within the next one week, failing which they would intensify the agitation.

Ambedkar charged the Bharatiya Janata Party-led government of not arresting Bhide as “he enjoys the backing of Modi, and it is a well known fact that Modi considers Bhide as his Guru.”

“We are not interested in fighting with Modi. However, if action is not initiated against Bhide by Maharashtra government, then we know how to deal with it at the appropriate time,a he warned, giving time of eight days to the state government.

Hitting back, Bhide on March 19 blamed Ambedkar and others like Gujarat Dalit leader Jignesh Mewani, JNU leader Umar Khalid and retired Bombay High Court judge Justice B. G. Kolse-Patil for the Bhima-Koregaon incidents, for inciting people to violence at their public meeting in Pune on December 31.

In retaliation, Bhide’s supporting groups have planned processions all over Maharashtra including Mumbai on Wednesday (March 28) to oppose the campaign against him by Dalit groups. 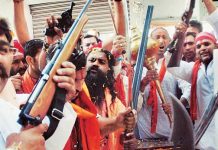 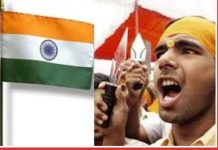 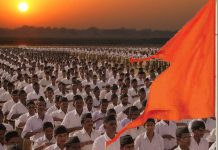