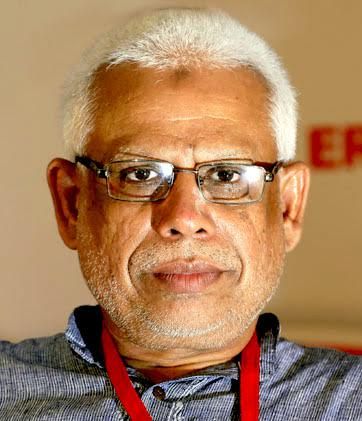 Bhopal, January 19: The Social Democratic Party of India (SDPI) has expressed deep anguish and concern over the simmering communal cauldron pervading in the country, especially in the north. The pro-active radical elements of the saffron brigade, it seems, have taken upon themselves to realise their dream of Hindu Rashtra bogey while the ruling BJP at the Centre and in some states where it is in power feigns ignorance or is maintaining a studied silence.

SDPI national president A. Sayeed in a statement said that after the infamous Dadri lynching case there have been innumerable incidents especially in the cow belt to arouse sentiments and polarise the society on religious denominations. This is being done by Sangh Parivar and its cahoots with an eye on states legislative assemblies’ elections in West Bengal and Uttar Pradesh due later this year and in 2017.

Sayeed said several many media houses are only interested in their TRPs and money they receive from parties having vested interests which is why they run biased stories giving twists to actual facts. Many TV channels have hyped the Malda violence and have kept fanning communal hate as ordered by their political masters to malign the West Bengal government and paint it as evil doer before the ensuing elections in the state.

He said what intrigues many in Malda is that more than a week after the news of it when normalcy has already returned to the district, it is still snowballing in the rest of the country courtesy social media. Several residents of Malda and the local chapter of the civil rights group insist that the violence “was not communal in nature by a long shot”.

“When policemen are killed in non-Muslim areas, it is termed ‘lawlessness’, and when a police station is set afire in a Muslim-majority district, it is labelled communal”, he added.

Sayeed pointed out that the thrashing of a Muslim couple in Harda district of Madhya Pradesh by Gau Raksha commandos over suspicion of carrying beef which proved otherwise has revived the memories of Dadri incident. The reported statement of right wing activist Surendra Singh Rajpurohit alias “Tiger”, the founder of the Gau Raksha Samiti, justifying the action of his commandos in thrashing the couple is obnoxious. He also reportdly threatened Superintendent of Police of the concerned area of communal flare up if action is taken against his commandos. It is a clear indication that Rajpurohit cares two hoots for the rule of law of the land and is still roaming free.

Meanwhile, the statement said that in Dhar town of Madhya Pradesh Muslims are in a fix about their safety while offering Namaz in Bhojshala shrine which houses the Kamal-Maula mosque adjoining the Saraswati temple on February 12. A right wing organisation is seeking to revive the controversial issue as they have advanced the festival of Basant Panchami by a day to February 12 which otherwise is billed to be celebrated on February 13. Bhojshala is an Archaeological Survey of India (ASI) protected monument where Hindus perform puja every Tuesday and Muslims offer Namaz every Friday. During the Basant Panchami festival, Hindus are allowed to perform puja at the monument from sunrise to sunset.

The accumulation of carved out stones for building Ram Temple in Ayodhya while there is a Court order to maintain the status quo, is another attempt by the saffronites to arouse religious sentiments in Uttar Pradesh before the 2017 state legislative assembly elections, the statement stated.

Sayeed said all these nefarious activities to disrupt the composite culture of the country at the cost of reaping political harvest in ensuing elections is a bad omen for the people who only want peace and nothing else. He earnestly hoped that better counsel would prevail and the government of the day will wake up to nip the mischief in the bud so that communal harmony is not disturbed once again leading to loss of lives and properties.

One thought on “SDPI anguished over simmering communal cauldron”