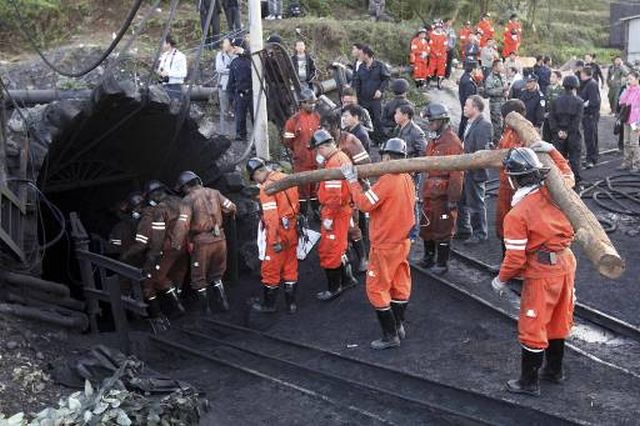 Beijing : Eleven workers were killed and two were reported missing after an explosion in an iron mine in Liaoning province on Tuesday while 23 miners were rescued on Wednesday.

The explosion occurred on Tuesday around 4.10 p.m. at the entrance of the mine in Benxi after the miners dropped explosives down the 1,000-metre-deep mine shaft, Xinhua news agency reported.

An elevator system was destroyed leaving 25 miners trapped inside, most of whom were rescued on Wednesday early morning, but search and rescue efforts were still underway for the two missing miners.

All the rescued miners were safe, but five of them were seriously injured and were transferred to a hospital, authorities announced.

Chinese mines, especially coal mines — the country’s main source of energy — have a high accident rate and are among the most dangerous in the world, although the number of fatal accidents has fallen significantly in recent years.

At least 219 accidents and 375 deaths were reported in China’s coal mines in 2017 alone. However, this number of deaths was 28.7 per cent lower than in 2016, and almost 20 times lower than at the beginning of the last decade, when up to 7,000 deaths were recorded each year in mining accidents.