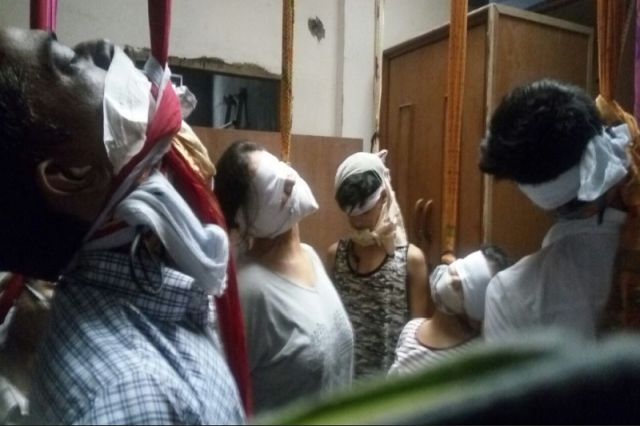 The victims comprised seven women and four men. Their bodies were found in a two-storeyed house in Sant Nagar in north Delhi’s Burari’s area.

“Some of them were found hanging from an iron grill ceiling while others were lying on the floor blindfolded with their hands and legs tied,” Joint Commissioner of Police Rajesh Khurana said.

“Prima facie, we suspect they committed suicide but we are also investigating the case with other possible angles of homicide as well as we are not ruling out anything. We are also checking the CCTV footages.

“Bodies of seven women and four men, including three teenagers have been found. We did not find any suicide note. We have sent the bodies for post mortem to ascertain the cause of deaths,” Khurana added.

Of the victims, there were two brothers Bhupinder and Lalit Singh with the former running a grocery store and the latter was a carpenter. Both operated their businesses from their family home.

“Their shop would open by 6 a.m. every morning but when it did not till 7.30 a.m. today, a neighbour went to buy milk. Upon checking, the neighbour found the main door of their residence open, prompting him to inform the police,” Khurana said, adding a probe was underway.

“Both Lalit and Bhupinder were very friendly… They cannot commit suicide. I spoke to Bhupinder last night. He was very happy and there was no sign of any stress,” a neighbour said.