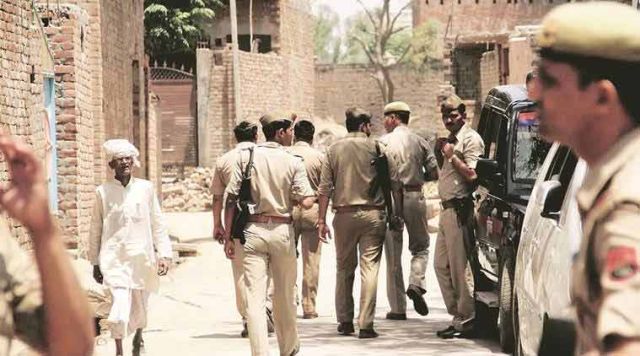 Lucknow : A case was filed against 16 policemen in Uttar Pradesh’s Sitapur district on Monday following directives of a local court in a staged shootout case.

A victim of the staged shootout had petitioned the Additional District Judge (ADJ Vth) alleging that the police tried to kill him in an encounter on January 30.

The court on February 24 directed the police to lodge a case against the 16 policemen, including Inspector Ranjana Sachan.

Following the directive, Superintendent of Police (SP) Anand Kulkrani had directed filing of a case against the errant police personnel. The court had given a week’s time for the case to be filed.

Circle Officer Javed Khan informed that a case had been lodged against the police personnel and now, as per the law, action would be taken against them.

In more than 1,200 shootouts in the last few months, the Uttar Pradesh Police has killed 44 wanted criminals.

Despite hue and cry created by human right groups and some media reports that “some innocent have been killed in these encounters (staged shootouts)”, the state government has defended its proactive actions against criminals.

Uttar Pradesh Chief Minister Yogi Adityanath has many times publicly encouraged the police and said that there was no place for criminals in the state and that they should either “flee the state or be prepared to be bumped off in encounters”.

Deputy CM Keshav Prasad Maurya has justified the encounters and said while police does not want to kill criminals they cannot be faulted in firing back at gun-wielding criminals out to attack them.

Director General of Police (DGP) O.P. Singh has also categorically said in the past that encounters will continue as police cannot be “lame duck targets” for criminals to attack.

“We will hit back with bullets if attacked,” Singh has been often quoted as saying.