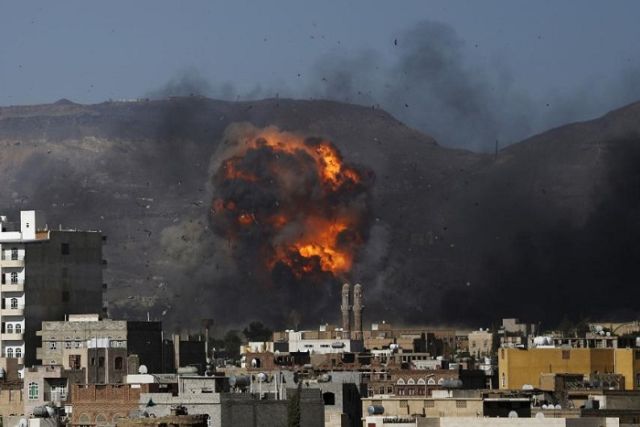 The airstrike hit the buses in Masbarah area at the top of Jabal Ras hill near a Houthi-manned security checkpoint south of the port city.

“Most of the victims are women and children,” the official told Xinhua by phone on condition of anonymity.

He said 20 others were wounded and were transported to several hospitals.

The Houthi-controlled Saba news agency reported the air attack, while there was no immediate comment from the Saudi-led coalition.

The Saturday attack was the latest in a series of airstrikes against the civilians since the coalition intervened in the Yemeni conflict in 2015.

On Wednesday, a coalition airstrike killed five farmers near a charity drinking water pump in al-Jah district in Hodeidah, according to the local hospital officials.

The war has escalated in the Red Sea port city following the collapse of peacemaking efforts last month by the UN in Geneva after Houthi rebels refused to attend.

The Hodeidah port is a main entry point of about 70 percent of Yemen’s food, medicines, aid and fuel.

Saudi Arabia is leading an Arab military coalition that intervened in Yemen on March 2015 to support the government of President Abd-Rabbu Mansour Hadi after the Houthi rebels forced him into exile. The war has killed over 10,000 people and displaced nearly three million.