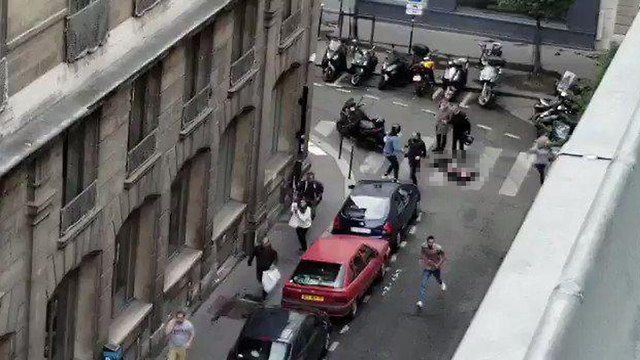 Paris : A man stabbed his mother and sister and seriously injured a third person on a street in a Paris suburb before being killed by the police. The attack was claimed by the Islamic State, but the French government was not treating the incident as terror-related.

According to some reports, the man threatened to kill the police and shouted “Allahu Akbar” (“God is greatest” in Arabic) during the assault, which occurred in Trappes, a commune in the Yvelines department to the southwest of the French capital.

The Islamic State group claimed responsibility for the attack but offered no proof.

However, French Interior Minister Gérard Collomb said the incident was not being treated as a terror attack. He said that “the attacker had serious psychiatric problems” and that he “was known for being a terror apologist”, the BBC reported.

“The crime was committed by the son and brother of two victims… He was someone who was unstable rather than committed to terrorism and who might respond to a call from the Islamic State,” Collomb said.

The attacker was on the File for the Prevention of Terrorist Radicalization, a targeted watch list which focuses on would-be jihadists.

The person who was seriously injured was not a member of the family, Collomb added. The police investigation was ongoing, he said.

The police said that after the attack, the man ran into a house to hide. “He left shortly afterward and threatened police before being neutralized,” according to officials.

The matter may have been a family dispute, CNN’s French affiliate BFM-TV reported.

France has been on extremely high alert for terror attacks since the November 2015 Paris terror attacks in which 130 victims died and the July 2016 Nice attacks that left 86 victims dead.