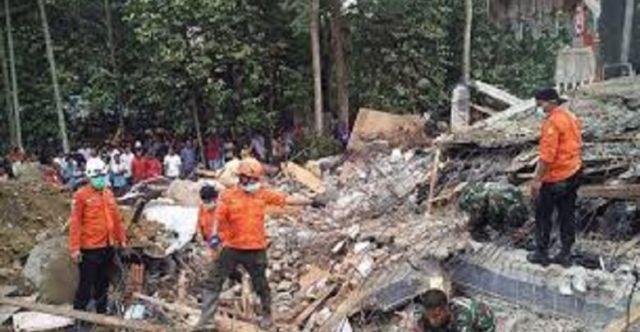 Sydney : At least 31 people were killed and over 300 others injured after an earthquake measuring 7.5 on the Richter scale hit Papua New Guinea. the US Geological Survey (USGS) said on Tuesday.

According to the USGS, the tremor struck late Monday night at a depth of 35 km, with its centre about 90 km south of Porgera, in the province of Enga, reports Efe news.

The quake was followed by several aftershocks into Tuesday morning.

Authorities have mobilised troops and rescue teams. Up to 400,000 people in four provinces of the island-nation have been affected by the quakes.

Ok Tedi Mine and ExxonMobil-operated gas conditioning plant in Hides gas field, Hela province, have been shut down as a precautionary measure to assess possible damage to the facilities.

Papua New Guinea sits on the so-called Pacific Ring of Fire, an area of great seismic and volcanic activity that is hit by around 7,000, mostly moderate, earthquakes every year.