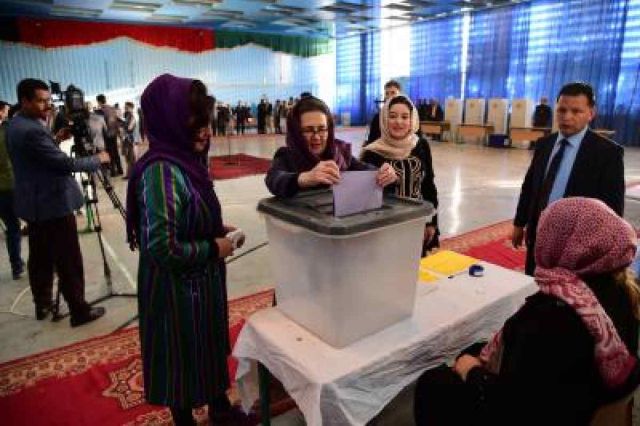 Kabul : At least five people were killed and 118 injured in a series of violent attacks and explosions in Afghanistan as the long-awaited parliamentary elections got underway in the militancy-plagued country on Saturday.

In Kabul, blasts killed at least three people and injured 78, said Zear Khan, a spokesman for the Ministry of Public Health.

“Around 30 rockets were fired on Kunduz city and Imam-Sahib district. Around 15 rockets landed in Shir Khan High School and Bandahar-e-Imam Sahib of Kunduz city” he said.

“We have people martyred and injured. At least two persons martyred and over 40 injured in the mortar and armed attacks. There was fighting in at least three districts of Kunduz today” he added.

The Afghan government deployed 70,000 troops — an increase of 16,000 from the figure announced previously — to boost security during the electoral process, Interior Ministry spokesperson Najib Danish said at a press conference.

He added that 4,900 polling centres had opened in 32 out of the 34 provinces. The voting was to begin at 7 a.m. across the country, but in some polling stations it started at around 9 a.m. and in some even later.

In some of the polling stations biometric devices were malfunctioning, while in others election material, including ballots, did not arrive on time.

Elections were delayed in the Ghazni province owing to ethnic tensions and security concerns, while in Kandahar it was pushed back by a week after a brazen attack by the Taliban on Thursday during a high-level security meeting that killed and injured top officials.

The Election Commission said it will continue till Sunday in centres which were unable to open on Saturday.

“Holding of this election is the success of the constitution, success of the people and the democracy,” President Ashraf Ghani had said in an address to the nation even as the Taliban warned again on Saturday that they would target all polling booths and warned people against voting.

“Enemy’s polling stations all over the country are under attack by Mujahideens, countrymen must refrain from taking part in this fake process, to save their lives and not to become a tool for the implementation of the evil plans of the enemy,” said Taliban spokesperson Zabihullah Mujahid in a statement.

The insurgents claimed on Twitter that they perpetrated attacks in at least 20 of the 34 provinces in Afghanistan on Saturday.

The elections are being held after a delay of three years owing to security challenges and political and economic instability in the country.

Violence in the run-up to the vote caused 30 per cent of all polling stations to shut and left 10 candidates dead.

More than 2,500 candidates, including many women, are vying for 250 seats in the legislative elections. Nearly nine million voters were entitled to cast their ballots.