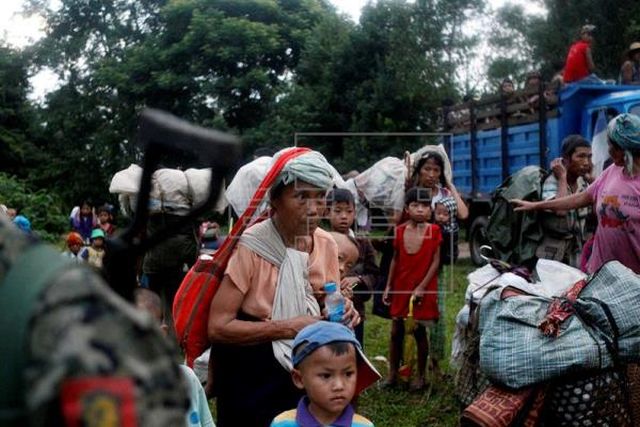 Naypyidaw : At least 5,250 people have been displaced in Myanmar in April due to the ongoing clashes between the military and the Kachin Independence Army (KIA), according to the UN Office for the Coordination of Humanitarian Affairs on Monday.

The displaced people were seeking shelter in the homes of family members and friends, religious centres or schools and public buildings, Efe news reported.

“We must get through the hard times for true peace. We must also be patient. As the whole world knows our troubles, the truth cannot be hidden anymore,” General N’Ban La, President of the Kachin Independence Organisation (KIO), the political wing of the rebel group, said in a statement.

“The KIO Central Committee is worried and feels sorry that people are suffering hardship. But we must endure the troubles of clashes for a certain length of time with patience,” he added.

Around 1,00,000 civilians have been displaced in that state since the Kachin rebel group resumed its armed struggle in June 2011.

Myanmar, which was under military rule between 1962 and 2011, elected its first democratic government, led by Aung San Suu Kyi’s National League for Democracy party in 2015.

However, 25 per cent of the parliamentary seats are reserved for the armed forces, which also control the Interior, Defence and Border Affairs Ministries as part of the Constitution enacted in 2008.

The Army’s continued offensive against the KIA’s positions led the KIO to withdraw from negotiations for a ceasefire with Suu Kyi’s government in 2016.