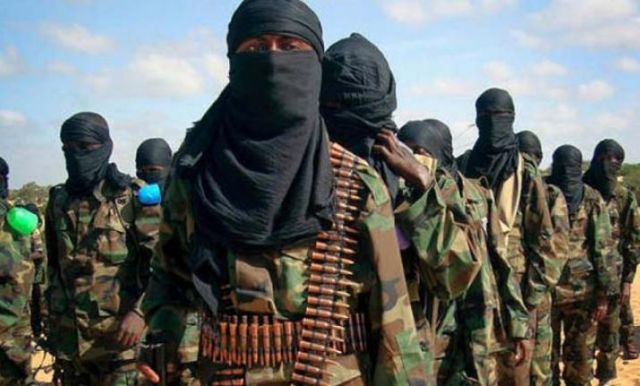 Srinagar : A teenage Jaish-e-Mohammed (JeM) suicide bomber killed on Sunday in Kashmir had threatened terror attacks across India in an undated video which announces the “roaring” resurgence of his outfit headed by the Pakistan-based militant Masood Azhar.

The video, which gives a peek into how Kashmiri teenagers are being brainwashed into believing that they are targeting enemies of Islam, was apparently recorded in a house in the Kashmir Valley.

The Pakistan-based militant outfit on Monday released the eight-minute video online in which Fardeen Khanday, son of a Jammu and Kashmir policeman, urges Kashmiri youth and Muslims across the country to join the “fight against India”.

Seated between three AK assault rifles, a huge cache of ammunition, grenades and communication devices, Khanday appears calm even as he says that “by the time the video is released I will already be a new guest in heaven”.

Khanday, 16, was killed after he and two other Jaish suicide bombers attacked a paramilitary camp in Pulwama in south Kashmir on Sunday. Five Central Reserve Police Force (CRPF) personnel were killed in the attack. The other two attackers were also killed.

He said it was being made out as if unemployment was driving Kashmiri youths to take to militancy. “But the fact is that it is nothing (but) propaganda.

“The importance of jihad increases when infidels occupy our land and threaten the modesty of our women.

“My friends and I have listened to the call of Quran and plunged into the battlefield of jihad. This will continue till the last occupying soldier is present in Kashmir,” he says in Urdu with a thick Kashmiri accent.

According to police, Khanday, a resident of Tral in south Kashmir, which was the slain Burhan Wani’s hometown, joined militants only three months ago after his family reported him missing on September 15.

In the video, he also talks about the demolition of Babri Masjid as well as attacks on security forces blamed on the Jaish.

“Even after repeated claims by Indian security forces and agencies, Jaish-e-Mohammad has not been wiped out from the Valley. Jaish is not so weak. It is impossible to stop Jaish-e-Mohammad… We are roaring,” Khanday says in the recorded video.