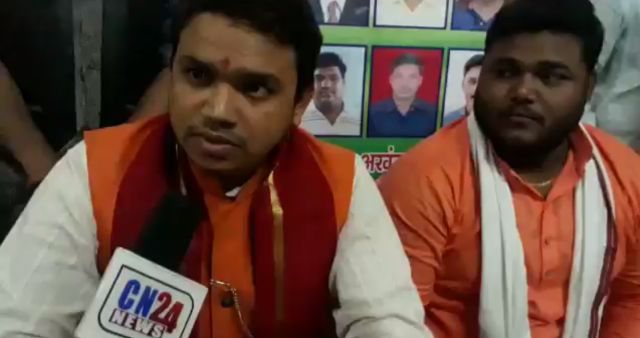 Stoking yet another controversy, leader of Akhil Bharat Hindu Yuva Morcha, Shiv Om Mishra, made an official announcement stating that whoever identifies himself as a Hindu, be it Brahmin, Kshatriya, Vaishya, Sudra (verna hierarchy) and marries a Muslim women, that person can collect a cheque of 2.5 lakhs from any district office of the said organization.

“Fooding, security and lodging of such people will be taken care of for first 6 months,” Mishra said, while talking to media persons.

He also said that this organization which is currently active in 13 states will distribute and provide one BHAGWA JHANDA (Saffron Flag) and a sword to protect the Hindu Nation, their association and the Hindu religion.

Mishra has earlier been booked for posting derogatory comments against the minority community on a social networking site by UP Police.