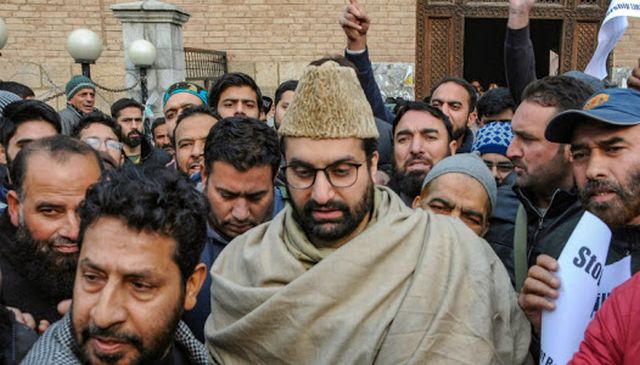 Srinagar: Depicting the popularity of Hurriyat in Kashmir in the current times, around 200 youth turned up on Monday at the Awami Action Committee’s office in Rajouri Kadal Srinagar and volunteered themselves to guard Mirwaiz Umar Farooq a day after the authorities withdrew his security cover.

Awami Action Committee in a statement issued in Srinagar, today, said since Monday morning hundreds of boys are swarming to register themselves for Mirwaiz Umar Farooq’s personal security.

Awami Action Committee (AAC) youth President Mushtaq Ahmad Sofi said that at least 200 youth have enrolled themselves today at Mirwaiz Manzil in Rajouri Kadal and have decided to act as security of Mirwaiz.

He said the youth are enrolling themselves in large numbers at present and decision in this regard will be taken shortly.