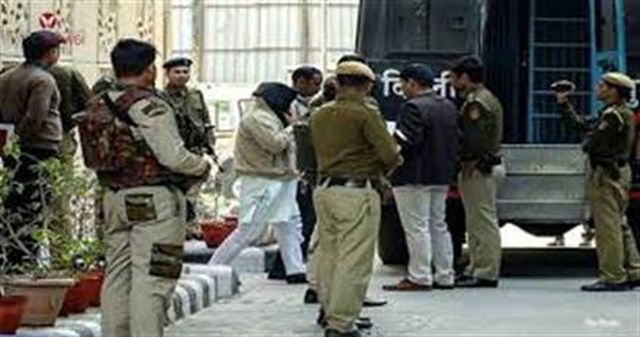 Mumbai : In a swoop ahead of Republic Day, the Maharashtra Anti-Terrorism Squad (ATS) has arrested nine youths, including a 17-year-old boy, who were detained earlier, for alleged links with the Islamic State terror group and plans to create criminal disturbances in the state, an official said here on Wednesday.

The ATS said during investigations in the past few days, it has recovered certain poisonous chemicals and powder, mobile phones, hard disks, mobile SIM cards, an acid bottle and knives from them.

They have been charged under various sections of the Unlawful Activities (Prevention) Act and the Bombay Police Act with further probe underway.

The ATS said the operations were started by five police teams discreetly for several weeks and from January 13 they started picking up the suspects from Thane’s Mumbra town and in Aurangabad, both with a dominant minority population.

While four were picked up from Mumbra, the remaining five were caught from Aurangabad and have been brought to Thane for questioning.

As it became apparent that the group may be planning a strike, the ATS formed a dozen teams and raided several locations in the two districts till Tuesday.

Already on the ATS radar for several months, after a tip-off on the suspects passed by the Centre, the sources said the four Mumbra men were reportedly en route to Aurangabad to participate in a seminar organised by an organisation, Popular Front of India (PFI).

On questioning them, the ATS got details of five others based in Aurangabad who were also picked up and detained.

The ATS officials claimed to have recovered certain objectionable material on the social media accounts of one of the detainees and now the investigators are scanning the phones, laptops, emails, social network sites and other details of all those detained.

Suspected for being part of IS sleeper cells in the state, the ATS has also carried out raids at over a dozen premises for the past three days.

The operation was the result of the high-alert sounded in the state in preparations for the Republic Day celebrations on Saturday with multiple Central and state agencies coordinating their intel inputs.