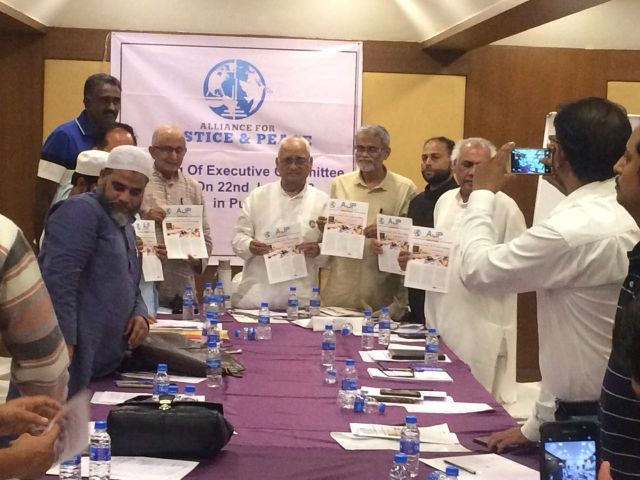 Pune: The Alliance for Justice and Peace (AJP), a platform intellectuals and activists, has called upon all people’s movements and secular political parties to evolve state and constituency-level strategies for the defeat of BJP and its alliance candidates in the next year’s general election. It also urged the Election Commission of India to revert back to ballot papers system for conducting next election.

The Executive Committee of AJP held a meeting here to take the stock of situation. Former Bombay High Court judge, Justice B.G Kolse Patil said the meeting pointed out that “RSS controlled Modi government has proved a failure on all developmental fronts and a liability to the nation and its people.

AJP secretary general Justice Patil said it is a fact that people voted against BJP in most of the Lok Sabha by-polls since 2014 is reflection of the prevailing sentiment in the country against “anti-people” BJP Government.

“All non-BJP political parties have lessons to learn from different assembly elections held during the tenure of Modi government. The survival of other parties, big or small, as alternative to BJP lies in unity and broad alliance building among them”.

The meeting asked national and regional parties that are not part of BJP alliance to stop discussing divisive strategies and start constituency- level planning to see that BJP alliance will not form next government.

The meeting demanded the Election Commission of India to bring back Paper Ballot system in place of Electronic Voting Machines (EVMs).

The apprehensions among political parties and the people over the misuse of the EVMs and prone to manipulation cannot be ignored. The directive to issue additional paper receipt to confirm that the vote went to the same candidate of the voter’s choice could be implemented so far only in token number of polling booths. It recalled that even the BJP also had raised doubts on EVMs when it lost the 2009 general elections. 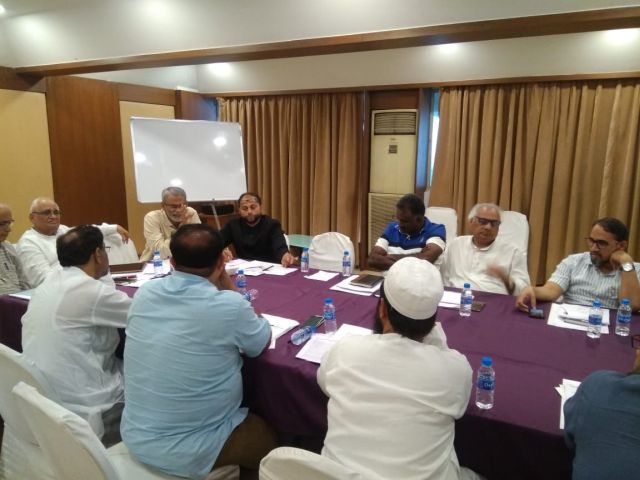 AJP meeting also expressed concerns about the National Register of Citizens (NRC) going to be published on July 30, possibly making a large population of Bengali speaking Indian citizens of Assam as foreigners overnight. The meeting pleaded interventions of Supreme Court and National Human Rights Commission to save Assam from developing the Rohingya like situation in the state. The meeting also condemned the rise of mob lynching incidents by cow protection goons in BJP rule states like Jharkhand, U.P., and Rajasthan etc.