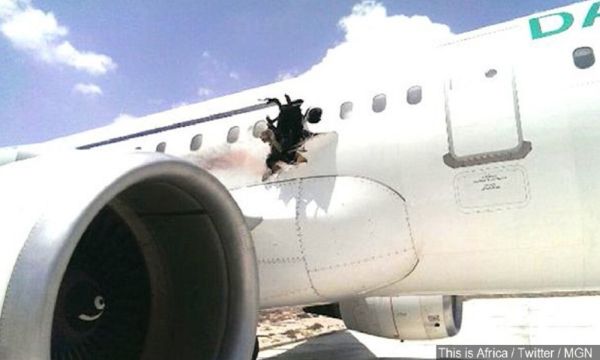 Mogadishu : Somalia-based terror group Al-Shabaab on Saturday claimed responsibility for a bomb blast on a Somali passenger plane this month – an explosion that authorities say killed only the alleged bomber.

The Daallo Airlines plane, which took off from Somalia’s capital bound for Djibouti on February 2, landed back in Mogadishu despite the blast, which Somali authorities say was caused by a laptop computer containing a bomb, CNN reported.

The suspected bomber, identified by authorities as Abdullahi Abdisalam Borleh, was sucked out of the airliner through a hole due to the explosion.

In a statement released online, Al-Shabaab said the operation targeted “Western intelligence officials and Turkish NATO forces aboard the airplane bound for Djibouti.”

While admitting that the bombing did not go as planned, the terror group vowed to continue targeting “Western intelligence teams” that operate in Somalia.—AB/IINA