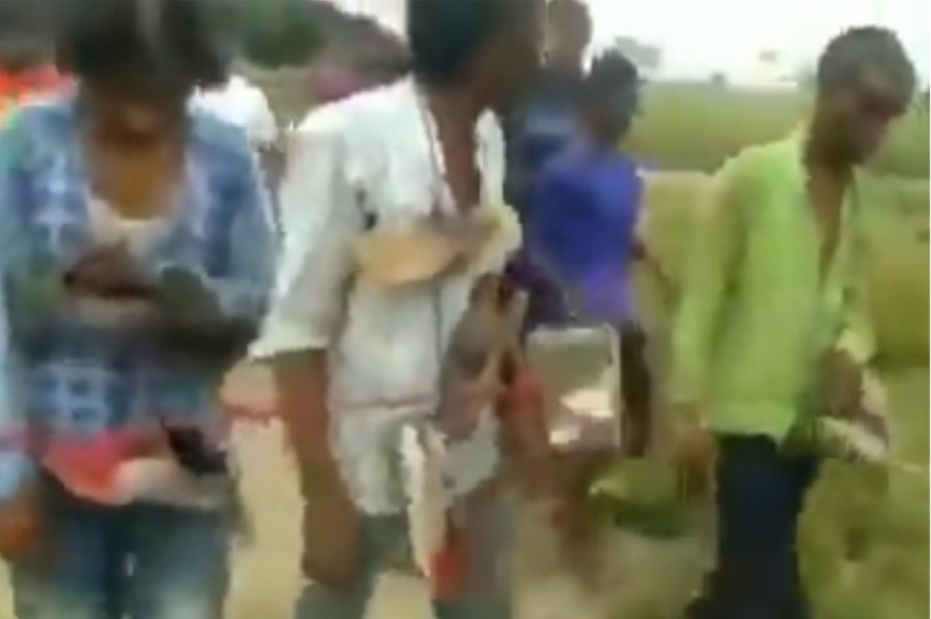 New Delhi:  “India witnessed an alarming 9.4% increase in the cases of atrocities against Dalit and Adivasi communities in the last one year under pandemic.  Uttar Pradesh reported the highest number of cases  accounting for 25.2% followed by Bihar with 14.6% and Rajasthan with 13.9% , Madhya Pradesh with 13.7%  and Maharashtra with 5.1%. These top five states account for 72.5% of cases of atrocities”.  This was revealed in ‘The Crime in India Report 2020’.

It further revealed that pandemic was used by various authorities and officers to ignore the cases of atrocities against SCs and STs.

According to the Report:

Conviction percentage under the SCs and STs (PoA) Act in conjunction with IPC remained at 42.4% for SCs and 28.5 % for STs.

The acquittal percentage (includes acquittal as well as the cases where the accused is discharged) ended with 57.5% for SCs and 71.5% for STs. At the end of the year 96.7 % of cases of atrocities against SCs were pending whereas for STs, the percentage stood at 96.6 %.

Even after the amendments came in force in year 2016, which generated a hope to the Dalit and Adivasis victims in accessing speedy justice, again the concern remains is the implementation of the amended SCs and STs (PoA) Amended Act 2015 as the experience says that even after the passage of more than 5 years the new provisions of SCs and STs (PoA) Amendment Act 2015 are not being enforced in a proper manner. With the audacity with which crimes are conducted it is very much evident that there is complete absence of fear.

Shoddy law and governance is very much responsible for encouraging the perpetrators to get away with the crimes. Escalating atrocities against Dalit and Adivasis across the country even in pandemic shows that Dalits and Adivasis communities are still suffering from inhuman atrocities like murders and mass- murders, social boycott and economic boycott, mass arsons, rapes, gang rapes etc.

These are only a few examples, large number of the cases go unreported and are often compromised.

National Coalition for Strengthening SCs and STs (PoA) Act (NCSPA) – a platform of more than 500 Dalits and Adivasis civil society organisations, communities, leaders and activists- welcomes the release of Crime in India 2020 Report.

The National Coalition calls upon the Government of India to robustly enforce and implement the new provisions of the amended SCs and STs (PoA) Act 1989. Take swift and robust action against the dominant caste perpetrators; conduct an open and transparent investigation under the SCs and the STs (Prevention of Atrocities) Amendment Act, 2015 and prosecute those Government and police officials who are found to have aided and abetted criminals.