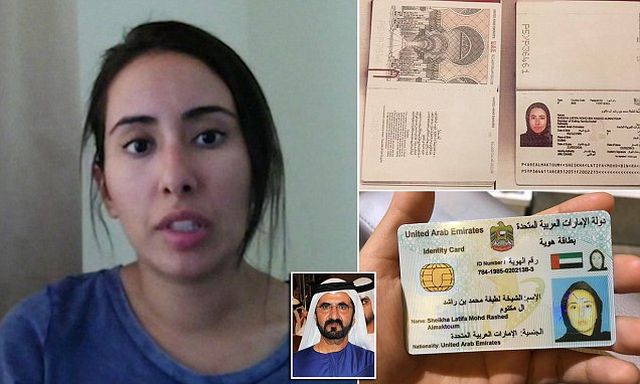 New Delhi: What could be termed as an embarrassing remark, Amnesty International (AI) has accused India of ‘violating international human rights’ for turning over Sheikha Latifa Al Maktoum to Emirati forces after she sought political asylum in the country.

In March year while travelling in a yacht that was approaching Goa, Indian Coast Guard vessels allegedly forcibly boarded and commandeered the boat into international waters.

Sheikha, who had managed to flee Dubai in February, was travelling with her close friend Tiina Jauhiainen, a Finnish national, aboard the yacht Nostromo, captained by French-US national Hervé Jaubert, along with three Filipino crew members.

According to Amnesty International, Sheikha has been held incommunicado in an undisclosed location by the UAE since she was forcibly returned there on 4 March, 2018, with the help of Indian Coast Guard commandos.

“Given that she was last seen under the authority of state agents and that unofficial information indicates that she is being arbitrarily and secretly detained by the Emirate of Dubai, Amnesty International remains concerned that Sheikha Al Maktoum may be subject to enforced disappearance and fears for her safety,” Amnesty said.

The rights advocacy group also urged the country to investigate the role of its coast guard commandos, who had allegedly intercepted the yacht that the princess was travelling in.

The 33-year-old has made several attempts to flee the country.

In 2002, Sheikha attempted to escape to Oman but was reportedly held at the border, arbitrarily detained and held incommunicado, without legal process.

She was reportedly tortured and was not released for the next three years, following which her movements were restricted by the royal court.

Delegations from Gulf arrive in Kashmir for investment summit