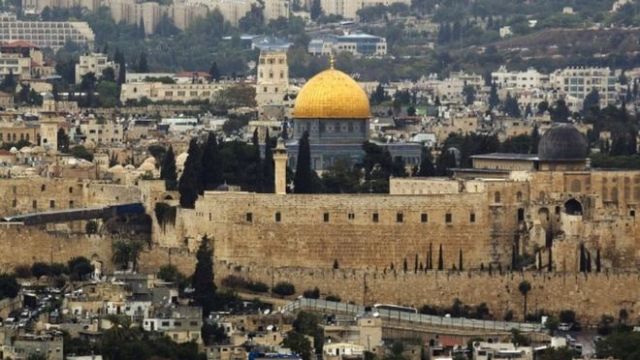 Canberra : Australia on Saturday officially recognized West Jerusalem as the capital of Israel after a period of consultations at home and abroad.

“Australia now recognizes West Jerusalem, being the seat of the Knesset and many of the institutions of government, is the capital of Israel,” Australian Prime Minister Scott Morrison said during an address at the Sydney Institute.

“We look forward to moving our embassy to West Jerusalem when practical… and after final status determination,” he was quoted as saying by the BBC.

The country’s embassy, however, will continue to remain in Tel Aviv until a peace settlement is achieved and Australia will instead establish a Trade and Defence Office in West Jerusalem.

Morrison also announced his support for recognising a Palestinian state with East Jerusalem as its capital in the future and added that Australia was supporting “liberal democracy” in the Middle East.

The Saturday’s decision, the leader said, was in line with Australia’s commitment to the two states solution and its longstanding respect for UN Security Council resolutions.

Morrison’s decision was criticized by the opposition at home and rattled Indonesia, a historical ally of Palestine.

Indonesian President Joko Widodo had earlier warned that recognizing Jerusalem could jeopardise Australia’s relationship with his country, which has the largest Islamic population in the world.

Earlier this year, US President Donald Trump’s administration shifted its embassy from Tel Aviv to Jerusalem.

Guatemala and Paraguay followed suit, although the latter had reversed the decision soon after, following a change in government.

“The Israeli and Palestinian people deserve a peace as worthy as the promise of their lands — and they deserve a lasting happiness that can only spring from a shared peace,” Morrison said during his address.

He also declared that Australia would retain support for the Iran nuclear deal.