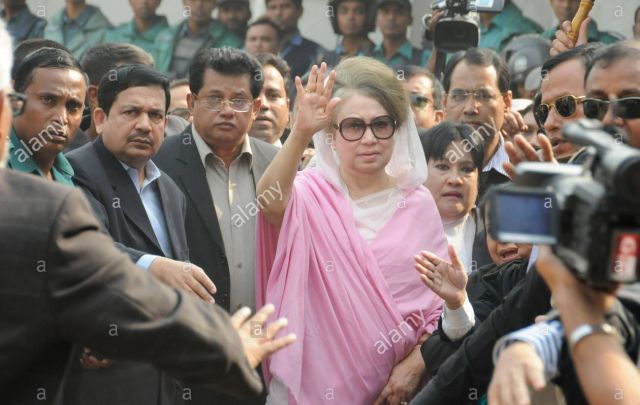 Dhaka : Thousands of people from Bangladesh’s largest opposition party formed a human chain in the capital on Monday, demanding the release of their jailed leader Khaleda Zia and seeking free and fair Parliament elections slated for December.

Bangladesh Nationalist Party (BNP) leaders and activists gathered in front of the National Press Club in Dhaka in the morning. They blocked a key road in front of the club carrying placards, demanding immediate release of the 72-year-old leader who was found guilty of a corruption charge and sentenced to five years in prison in February.

BNP leaders said political vendettas were to blame for the cases against Khaleda and her son Tarique Rahman, now BNP acting chairman and living in London, Xinhua news agency reported.

BNP Secretary General Mirza Fakhrul Islam Alamgir, among others, addressed the human chain and said their peaceful movement will continue until their leader is released from jail.

Alamgir said that his party demands free and fair elections under a non-partisan government.