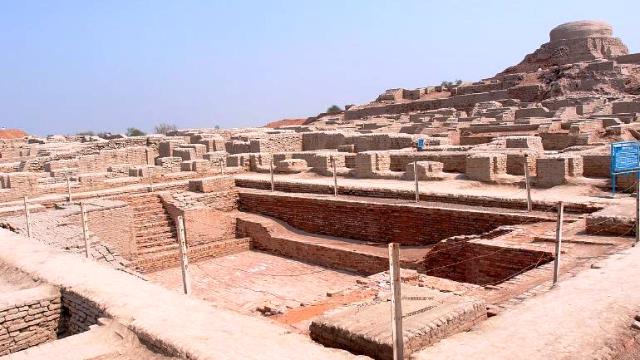 A new study has shown that meat of various types including beef and pork was extensively eaten by the people of Indus Valley civilization. The finding was determined on the basis of lipid residue analysis found in pottery from Harappan sites in Haryana.

The research indicated that beef was culturally preferred across Indus populations. “Out of domestic animals, cattle/buffalo are the most abundant, averaging between 50% and 60% of the animal bones found, with sheep/goat accounting for 10% animal remains. The high proportions of cattle bones may suggest a cultural preference for beef consumption across Indus populations, supplemented by consumption of mutton/lamb,’’ says the study.

The study, titled “Lipid residues in pottery from the Indus Civilisation in northwest India’’ was published on Wednesday in ‘Journal of Archaeological Science’. The research led by Akshyeta Suryanarayan as a part of her PhD thesis at the University of Cambridge, looks at the food habit of the people of that era.

Animal products such as meat of pigs, cattle, buffalo, sheep and goat, as well as dairy products, were widely used in ancient ceramic vessels from rural and urban settlements of Indus Valley civilisation in northwest India – in present-day Haryana and Uttar Pradesh, the study said.

Speaking to The Indian Express, Prof Shinde  said that the study  scientifically proves that this was not only a meat-eating society but a beef- and pork-eating one as well.