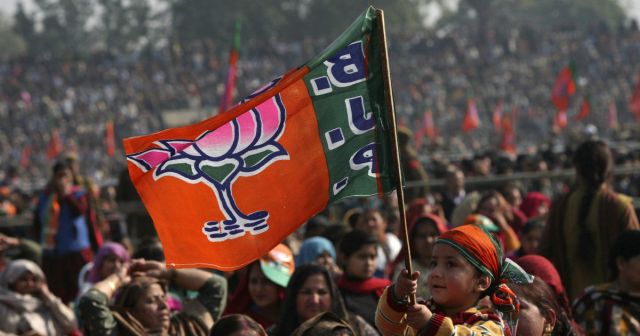 New Delhi : The BJP leads recognised political parties with the highest number of 12 lawmakers at the central and state levels who have declared cases of crime against women against them, followed by Shiv Sena and TMC, Association of Democratic Reforms (ADR) said on Thursday.

After the Bharatiya Janata Party comes Shiv Sena with seven such MPs/MLAs, and Trinamool Congress with six,” the ADR said in a report.

All major political parties give tickets to candidates with cases of crime against women, especially rape, and therefore hinder the safety and dignity of women as citizens, said ADR, which along with the National Election Watch analysed the election affidavits of current MPs and MLAs.

“These are serious cases wherein charges have been framed and cognisance taken by courts. Hence, political parties have been, in a way, abetting to circumstances that lead to such events that they so easily but vehemently condemn in Parliament,” the report added.

Out of 1,580 MPs/MLAs whose particulars were analysed for declared criminal cases (33 per cent of the total), 48 lawmakers — 45 MLAs and three MPs — have declared cases of crime against women.

Among the states, Maharashtra has the highest number of 12 such MPs/MLAs, followed by West Bengal (11), Odisha and Andhra Pradesh (5 each), said the Delhi-based think tank.

Recognised political parties gave tickets to 327 candidates who declared cases related to crime against women. Of these, 40 were given tickets by parties for Parliamentary elections.

In five years, 118 such independent candidates also contested the Lok Sabha and Rajya Sabha polls as well as Assembly elections.

Three MLAs with cases related to rape against them are Gonuguntla Suryanarayana of Telugu Desam Party in Andhra Pradesh, Jethabhai G. Ahir of Bharatiya Janata Party in Gujarat and Gulab Yadav of Rashtriya Janata Dal in Bihar.

The ADR and NEW demanded that candidates with criminal background should be debarred from contesting elections, political parties should disclose criteria for selecting candidates and that cases pending against MPs and MLAs should be fast-tracked.