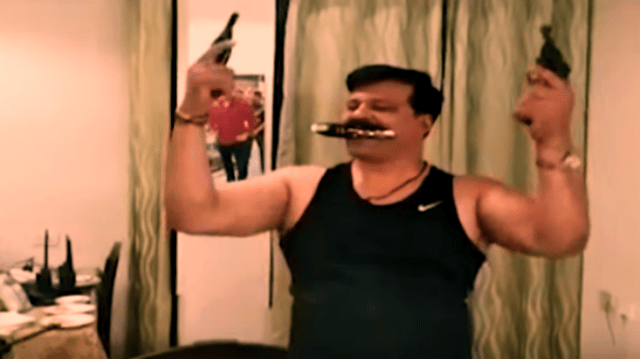 The Bharatiya Janata Party’s Uttarakhand unit has revoked suspension of Kanpur legislator (MLA) Kunwar Pranav Singh 13 months after he was ousted when he was seen dancing while holding guns in his hands and his mouth in a video that had gone viral.

The decision was taken by the core committee of the party based on the legislator’s “good conduct” during the last 13 months of his suspension and his repeated apologies to the party leadership, state BJP president Bansidhar Bhagat told reporters after welcoming Champion back into the party fold at his residence.

Bhagat also said the Khanpur MLA had apologised to him, to the party’s core committee and to the media for his “misconduct” which had led to his suspension from the party in June 2019.

Champion, who had come to attend the function with his wife and other family members, was welcomed back into the party by Bhagat.

Expressing his gratitude to Bhagat and the party leadership for taking him back, Champion said, “I have apologised wholeheartedly to the party president. I have realised my mistake and promised that I will always abide by the party constitution and remain in discipline away from any controversy.”

Karnwal was served a show-cause notice for misbehaving with party workers in his constituency. An audio clip had gone viral in which he was purportedly heard using inappropriate words against a party worker while speaking to him.

“We have also spoken to Karnwal on the incident to which he too apologised and assured that such an incident will never be repeated. The leadership then decided to forgive him,” said Bhagat with Karnwal standing alongside him during the function.

Bihar: FIR against BJP MLA under the Arms Act