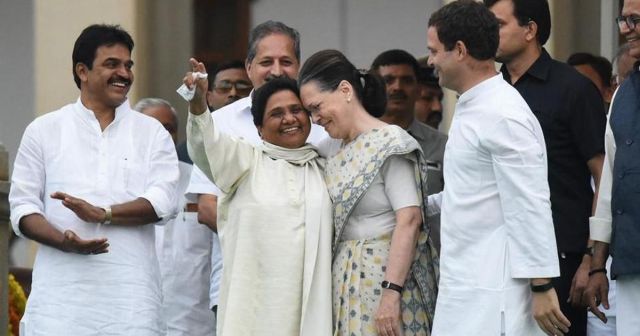 New Delhi : The Bahujan Samaj Party (BSP) has decided to extend support to the Congress in Madhya Pradesh where the latter emerged as the single largest party but fell short of majority by two seats, party chief Mayawati said here on Wednesday.

She said the BSP would also support the Congress in Rajasthan to keep the Bharatiya Janata Party (BJP) out if the need arises.

“Our party fought this election to keep the BJP out of power. Sadly, our party did not succeed in this objective and I have been told that the BJP is still trying everything to come to power in Madhya Pradesh,” she said at a press conference here.

“To stop this, our party, despite its ideological disagreements with the Congress, has decided to support it to form the government in Madhya Pradesh.

“If the Congress needs our support to form the government in Rajasthan, we will do it to keep the BJP out,” she added.

The Congress on Wednesday emerged as the largest party in Madhya Pradesh winning 114 seats, but missed securing the absolute majority by two seats in the 230 member Assembly.

The ruling BJP came close with 109 in a battle that went to the wire on Tuesday. The BSP won two seats and the Samajwadi Party bagged one seat in the final tally.

Likewise, in the 200-member Rajasthan Assembly, the Congress bagged 99 seats, while its pre-poll ally Rashtriya Lok Dal (RLD) won one. The BJP was far behind with 73 seats.