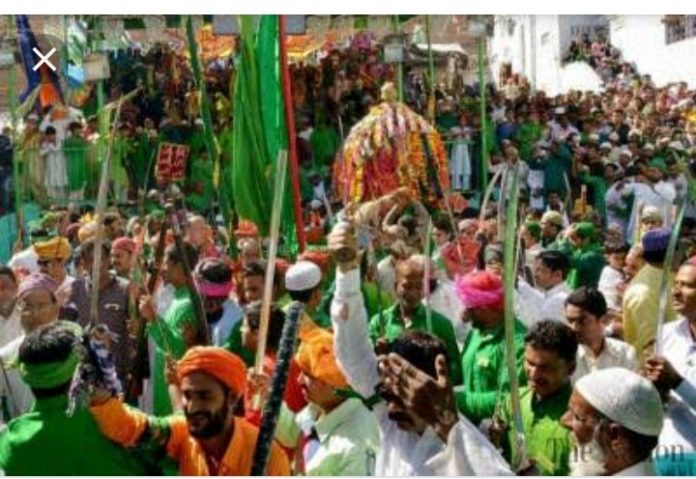 New Delhi: The Bengal Imams’ Association on Friday issued an appeal to Muslims to not carry weapons in Muharram processions. According to them, it is prohibited in Islam.

“Carrying a weapon is an anti-Islamic practice and therefore, on behalf of the association, we have requested our brothers not to carry them in processions” Mohammad Yahya, chairman of the association said. According to a report on news18.com the chairman also emphasized that there is no mention of such practice in the Quran either.

Another Imam called it “Haram” (prohibited). Maulana Shafique Qasmi, Imam of Nakhoda Masjid, said, “Muharram is one of the four sacred months of the year and we should follow it as per Quran.”

In Islamic theology, Muharram has been considered the second most sacred month after Ramadan. According to authentic sources, this month was called Muharram (forbidden) because Arabs used to forbid fighting during it. The other two sacred months of Arabic calendar are called Thul-Qi’dah and Thul-Hijjah.

However, the BJP seems to be happy with the current development. Speaking to News 18, State BJP president Dilip Ghosh said he welcomes “the decision taken by them (imams) for not carrying weapons during Muharram processions. Such initiatives are required to maintain peace in Bengal.”