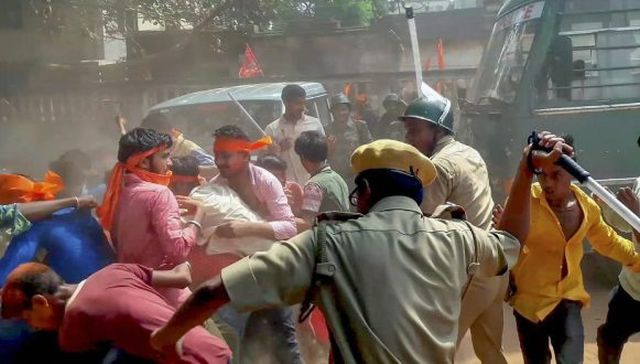 New Delhi : The Ministry of Home Affairs (MHA) on Wednesday asked for a report from the West Bengal government on incidents of arson and violence during Ram Navami processions in the last two days, officials said.

According to the Ministry, the Central government also offered assistance of paramilitary forces in the light of reports of continuing violence and tension in some districts of the state.

A clash broke out between two groups over a Ram Navami procession in Raniganj on Monday. A person was allegedly hacked to death while a Deputy Commissioner of Police lost a hand after getting hit by a bomb.

Tension soared high as several shops and houses were vandalised and set ablaze during the Ram Navami procession. The police have arrested 19 people for fomenting trouble.

A heavy police force has been deployed and police pickets put up in the area since Monday evening to prevent any untoward incident.