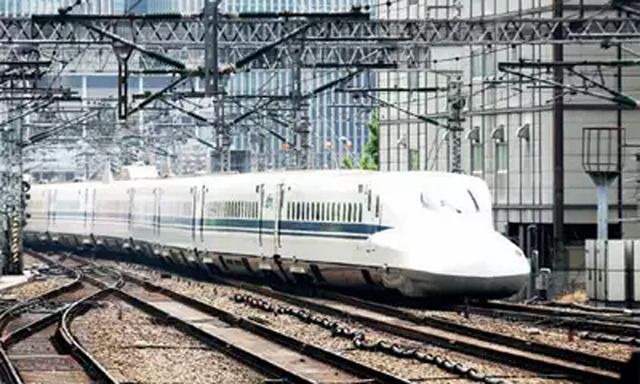 Mumbai : The Centre has outrightly rejected Maharashtra’s plea to extend the upcoming Ahmedabad-Mumbai Bullet Train corridor via Nashik, according to recent RTI replies received by a Mumbai activist Jeetendra Ghadge here on Saturday.

Chief Minister Devendra Fadnavis had written separately to Prime Minister Narendra Modi and Railway Minister Suresh Prabhu on January 13, 2016 urging the inclusion of Nashik in the first-ever High Speed Rail project, or Bullet Train, to be implemented in India.

“The alignment now recommended by the consultants covers only three cities in Maharashtra: Mumbai, Thane and Boisar (in Palghar district). I think that the state will truly benefit from the HSR Project if the network is extended to other important cities in the state,” said Fadnavis’ letter.

Buttressing his plea, the Chief Minister pointed out that during his (official) visit to Japan earlier, he had explored the possibility of extending the HSR Project to include Nashik, which is already a part of the ambitious Mumbai-Howrah Diagonal on the proposed HSR Diamond Quadrilateral.

“I therefore request you to consider the Mumbai-Nashik HSR Project as the first phase of the proposed HSR Quadrilateral Network to be developed by the High Speed Rail Corporation of Indian Railways. I would be grateful if this project is announced in the forthcoming Railway Budget of FY 2016-2017,” Fadnavis had pleaded.

While Modi and Prabhu did not respond to the plea, only the Minister of State for Railways Manoj Sinha replied to the letter.

Much to the state government’s shock, Sinha categorically rejected its request to include Nashik on the grounds of ‘feasibility’.

However, the MoS Railways assured that Nashik would be considered in the proposed feasibility study of the Mumbai-Nagpur Bullet Train project being planned.

“The fact that the Maharashtra Chief Minister requested to connect Nashik proves that the state has no practical benefit of the Bullet Train Project as currently proposed. It seems like the state government is forced into accepting the project since it is the Prime Minister’s pet project which will benefit his home state Gujarat,” Ghadge said.

In planning since 2010, the HSR Project materialized with the grand announcement of the Ahmedabad-Mumbai Bullet Train proposal in 2014.

It will be built at a cost of around Rs 1.10 lakh crore, with nearly one-fifth of the amount coming as a long-term soft loan from Japan.

On the first-ever Ahmedabad-Mumbai corridor, there will be eight stations in Gujarat – Vapi, Billimora, Surat, Bharuch, Vadodara, Anand, Ahmedabad, while Maharashtra will get around three.