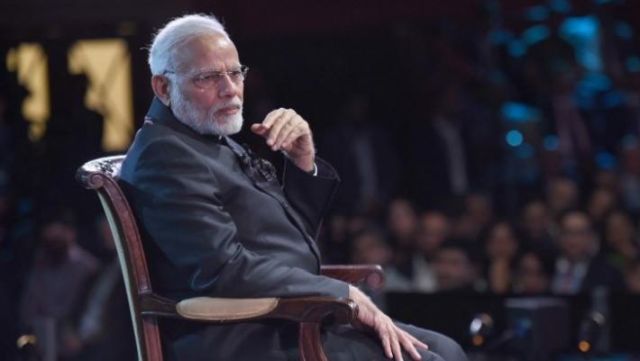 Beijing : China on Friday defended Pakistan against Indian Prime Minister Narendra Modi’s remark that Islamabad was a “terror export factory”, saying the country must be supported in the fight against “terrorism”.

Beijing also hinted the issue of terrorism will be on the agenda of discussion at the Shanghai Cooperation Organisation (SCO) when the eight-member block, joined by India and Pakistan last year, holds its annual meeting at Chinese city Qingdao in June.

At an event in London on Thursday, Modi said India will not tolerate those who export terror.

“When someone has put a terror export factory in place, attacks my people, has no power to fight a war so attempts to attack behind the back… in such a case Modi knows to how to give a reply in the same language,” the Indian leader had said in an obvious reference to Pakistan.

Asked about Modi’s remark, Chinese Foreign Ministry spokesperson Hua Chunying said: “Terrorism is an enemy faced by all. The international community should work together to combat terrorism.”

China always comes to the rescue of its “all-weather ally” Pakistan when it is pilloried for sheltering terrorists. Beijing has invested over $50 billion in various infrastructure projects under its ambitious Belt and Road programme.

India’s External Affairs Minister Sushma Swaraj will arrive in Beijing on Saturday and attend the foreign ministerial-level meeting of the SCO on Monday.

However, Hua said the security issues will be the agenda of the main SCO meet in June, which will be attended by Modi.

“Security has been a priority of the SCO since its inception. So the upcoming Prime Minister’s SCO meeting will see participants exchanging views on the relevant issues. All participants will uphold the SCO spirit to take forward the development of SCO,” Hua said.

(Gaurav Sharma can be contacted at sharmagaurav71@gmail.com)