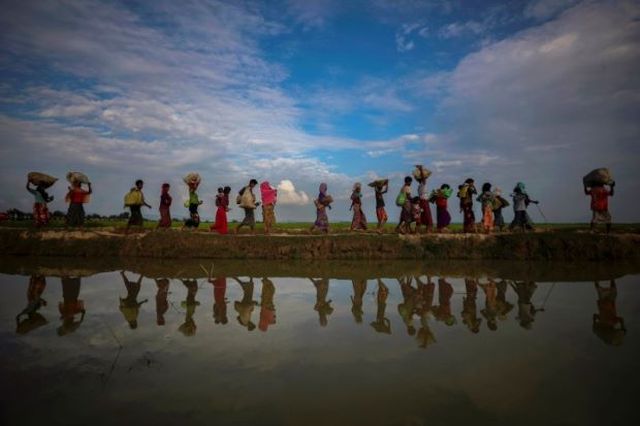 United Nations : After China and Russia failed to block a briefing on Myanmar, the Security Council heard the head of an independent investigation into alleged atrocities against the Rohingya calling for prosecuting senior leaders of national forces on charges of genocide.

The Chair of the Independent International Fact-Finding Mission on Myanmar set up by the Human Rights Council, Marzuki Darusman, said that they had found evidence of war crimes and crimes against humanity and asked the Council to refer the matter to the International Criminal Court or create an international criminal tribunal to prosecute those responsible.

Before he was allowed to speak, China and Russia objected to the briefing saying it would only complicate matters and make a resolution of the Rohingya crisis difficult.

Russian’s Permanent representative Vassily Nebenzia dismissed the report as “raw” and unreliable and pointed out that the US, which was now backing the mission, had withdrawn from the Human Rights Council questioning its objectivity.

In the procedural vote, where permanent members do not have veto powers, the Council decided with nine votes in favour, three abstentions and three – China, Russia and Bolivia – against to to hold the briefing.

The vote was an illustration of the discord at the Security Council that hobbles it effectiveness in dealing with many crises.

Backing the call for prosecutions, US Permanent representative Nikki Haley said: “Only accountability for the crimes against Rohingya will serve the cause of peace in Burma. This is not about finger pointing. It is about accepting the realities of what happened so that healing and accountability can occur.”

Bangladesh Permanent Representative Masud Bin Momen backed the fact-finding mission’s report and said that Council should act on it.

He offered his country’s assistance for international prosecution of those responsible for the crimes against the Rohigya.

Myanmar’s Permanent Representative Hau Do Suan said that his country’s security forces carried out legitimate counter-terrorist actions and these were done without “genocidal intent”.

The Rohingya crisis was precipated by attacks by Arakan Rohingya Salvation Army terrorist group against 30 police outposts and a military installation, and hundreds of innocent civilians, including Hindus, other ethnic minorities and Muslims supporting the government were massacred by the group.

The Myanmar government has established an independent commission of inquiry to go into allegations of human rights violations and had already taken action some of the military, police and national security officers.

China’s Permanent Representative Ma Zhaoxu came out in support of Myanmar saying that it was making progress in resolving the Rohingya issue by trying to implement agreements regarding their return and allowing UN agencies access.

At the same time, he praised Bangladesh for hosting the refugees and said Beijing was helping it and Myanmar deal with the crisis.

In meeting facilitated by his country, Ma said Myanmar had agreed to a timetable for the return of refugees.