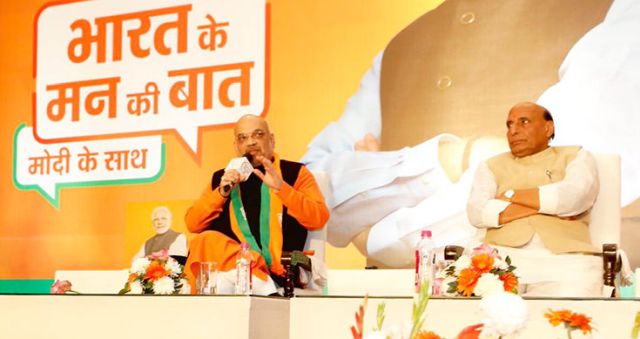 New Delhi : BJP President Amit Shah on Sunday said that the controversial Citizenship (Amendment) Bill was “very necessary” and added that the government was working on building a consensus with stakeholders in the northeast.

Addressing the media here, Shah also said that the government had brought the bill after much thought and Home Minister Rajnath Singh was holding consultations with various people to address the opposition to the issue.

“There are two sides of a coin. There are decisions that some like and some don’t… The fate of huge number of refugees can’t be kept hanging in the balance and we are firm on it,” he said.

Asked what would be the BJP’s stand if suggestions come to withdraw the Bill as it has created unrest in the entire northeast, Shah said: “Home Minister is holding discussions with political parties. Discussion with some parties have already taken place. If consensus emerges, we will definitely move ahead but the Citizenship Bill is highly necessary for the country.”

The Bill seeks to grant Indian citizenship to Hindus, Sikhs, Buddhists, Jains, Parsis and Christians from Afghanistan, Bangladesh and Pakistan who entered India before December 31, 2014.

Political parties and civic groups in the northeast say if this is implemented, “outsiders” will overwhelm the local population.

The BJP President was also committed to build a grand Ram temple in Ayodhya.

“The BJP wants the Ram Temple should be built at the same place in Ayodhya where Lord Ram was born. Our stand is clear. There is no confusion.”

Asking opposition parties not to create obstacles in the construction of Ram temple, he told them to clear their stand on the issue.